Text description provided by the architects. The old Seegmuller warehouse, built in 1932 (architect : Gustav Umbdenstock), has been used as a grain storage for years. It is part of a huge and remarkable industrial ensemble of the Strasbourg’s port area : La Presqu’île Malraux.

This 600 meters long artificial dock, just next to Strasbourg’s city centre, is the meeting point, the missing link between the southern districts and the University ones at north, also located on the main axis (east-west) connecting France to Germany. The longitudinal island is composed of a 50 meters central tower and two side low-rise buildings. The Architecture and Urbanism Office Heintz-Kehr & partners won in december 2010, with a team of investors and operators, the competition on the whole Malraux district, planning 3 buildings (including a 110m high tower) and the urban planning of ground and water.

From the very first ideas of this competition, the architects wished to preserve the industrial patrimony, to demonstrate to the Strasbourg’s inhabitants and politics that it’s possible to achieve modernity with pieces of the industrial memory. The initial use of the existing building, with its strong reinforced concrete (4.50m x 4.50m grid oversized for a potential overload of 2000kg/m²) allowed to replace the old tile roof by a metallic 3-storeys-high superstructure. Steel was a choice of lightness and aesthetics.

This metallic exoskeleton, inspired by the port rhetoric, reinterprets in a contemporary way the grid and features of the existing building. In an almost Mies-like sobriety and refinement, the new part just has skin (of glass) and bones (of steel). The huge cantilever (15m) on the western facade, structured by its 6 truss beams (vierendeel) - 30m long and 9m high - shelters the central piazza of the area and the new urban « pulsar » that it figures.

E la nave va… Aquatics reflects underneath the cantilever mixing with the ballet  of moving car reflectors from the surrounding banks. If the oversizing of the existing concrete structure eased the loads transfer, the seismic upgrade to compliance of the whole building called for a micro-chirurgy on the structure : widening of expansion joints, creation of seismic shear walls (7mx1m, 5-storeys height), etc...

The underpinning fondation upgrade was an experimental première in Europe : 2m wide and 14m deep jet-grouting columns in which were stucked 4 petroleum metallic tube filled with concrete. Structure-related costs represent as much as 50% of the global construction cost (usually it is around 30-35%). Still, the global cost of the project is very interesting, especially for a city centre construction (1200€/m²).

On ground floor, where large bricks fillings were replaced with huge glass panels and large heights glass doors (3.70m), the existing building hosts restaurants, and their terraces show the former altimetry docks, a base for the new recomposition. The old Tourette was raised by a floor with a panoramic 360 ° view of the Vosges and the Black Forest Mountains that enclose the Alsatian plain.

Other parts of the original warehouse also hosts the Fabrique du Numérique ( 2000m space created by the City of Strasbourg, for the development of digital cultures, FabLab , etc ...) , a school of journalism and communication , several start-ups in the field of information technology, digital , design and communications , and other co-working office spaces. The new part (metallic exoskeleton) is itself made ​​up of 67 homes (with high environmental performances), from studio to 4 bedrooms flats. All of these are made of steel structure which is exceptional considering the acoustic issues of such materials.

On the northern facade, fire escapes are externalized to optimize interior surfaces, but also to provide an architectural identity – quoting the tribunes of El Lissitzky  and cantilevers of Adalberto Libera - refusing , because of the site configuration , the dichotomy between noble and technical facade. They connect the different programs, with some structural acrobatics, widening consequently to the accumulation of people (from 90cm to 4.50m for the widest )

This major re-use example demonstrates the willingness of architects to preserve the traces of the past in the city of tomorrow , and technical and engineering capacity to reinterpret an architecture heritage in a contemporary and innovative way. This object is found and erected in the state of " cadavre exquis" as liked to imagine the surrealists. 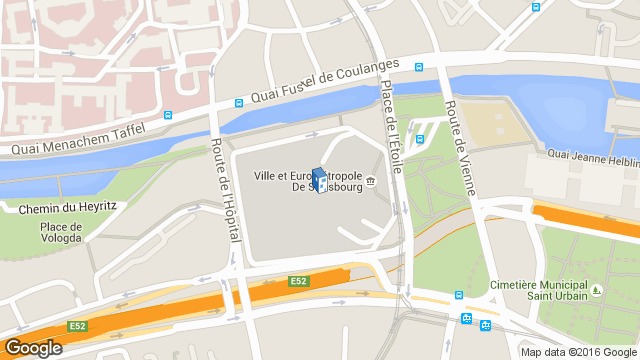