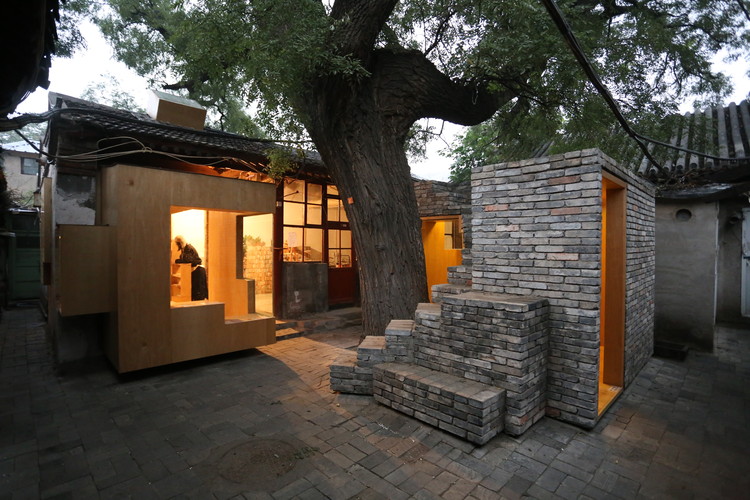 Text description provided by the architects. Cha’er Hutong (hutong of tea) is a quiet spot among the busy Dashilar area, situated one kilometre from Tiananmen Square in the city centre. No.8 Cha’er Hutong is a typical “Da-Za-Yuan” (big-messy-courtyard) once occupied by over a dozen families. Over the past five decades each family built a small add-on kitchen in the courtyard. These add-on structures form a special density that is usually considered as urban scrap and almost all of them have been automatically wiped out with the renovation practices of the past years.

In this project the architects tried to redesign, renovate and re-use the informal add-on structures instead of eliminating them. In doing so, they intend to recognize the add-on structures as an important historical layer and as a critical embodiment of Beijing’s contemporary civil life in hutongs that has so often been overlooked.

In symbiosis with the families who still live in the courtyard, a nine-square-metre children’s library built of plywood was inserted underneath the pitched roof of an existing building. Under a big ash tree, one of the former kitchens was redesigned into a six-square-metre mini art space made from traditional bluish grey brick. On its exterior, a trail of brick stairs leads up to the roof, where one may delve into the branches and foliage of the ash tree. With the small-scale intervention in the Cha’er Hutong courtyard, the architects try to strengthen bonds between communities, as well as to enrich the hutong life of local residents. A child may stop by after school, pick out a favourite book, and read in his little niche before getting picked up by the parents. Or the kids may climb up onto the roof, sit in the shade, and engage in a cosy conversation with the elderly in a familiar but new space. 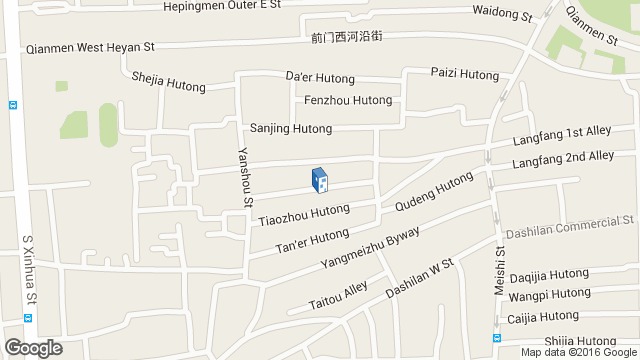 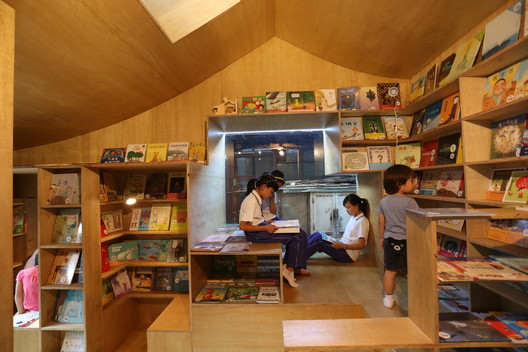