At the age of just 21 and while she was still finishing her undergraduate degree at Yale, Maya Lin (born October 5, 1959) won the design competition for the Vietnam Veterans Memorial in Washington DC. The memorial went on to become among the most recognizable designs in the world, and heralded a sea change for memorial design, breaking with classical conventions and dramatically changing the discourse of a typology. 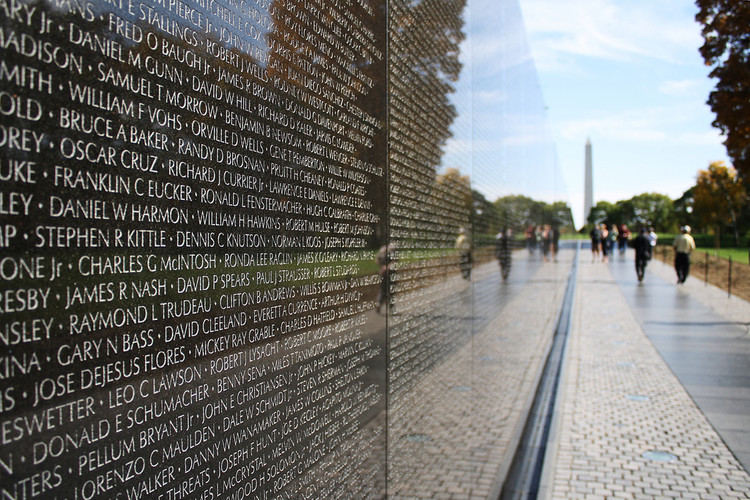 Maya Lin was born on October 5, 1959, in Athens, Ohio. Lin’s father was a ceramicist and a former dean of Ohio University’s College of Fine Arts, her mother a poet and professor. Both fled China in 1948 before the rise of Communism. She received her Bachelor of Arts degree from Yale University in 1981, and a Master of Architecture, also from Yale, in 1986. For her life’s work, Lin was awarded the National Medal of Arts in 2009. Her Vietnam Veterans Memorial received the prestigious 25-Year Award from the American Institute of Architects in 2007 for its lasting impact.

A sunken slash, chevron-shaped, in the landscape of the National Mall, the memorial comprises two walls of polished granite, each 246 feet 9 inches (75.2 meters) long, both dropping from grade to a central apex height of 10 feet 3 inches (3.1 meters). A chronological list of the dead and missing begins at the center, moves along the east wall and then from the far west side back to the apex.

Lin herself has said that although she didn’t expect her design to win, she believed in the statement and was headstrong about submitting it. In a radio interview on WNYC’s Studio 360, host Kurt Andersen remarked, “It faces up to death in a way our culture, and memorials, [don’t] tend to do.” Lin justifies this by stating that every culture becomes more reflective as it ages, and if World War I was a paradigm shift for Europe, the Vietnam War was a similar point of transition for the more youth-centric United States. While Washington typically opines over memorial designs for decades—with Gehry’s Eisenhower Memorial the most recent in a long history of controversies—and rarely are designs completed as initially conceived, Lin’s proposal received wide support almost from the beginning.

The Vietnam Veterans Memorial was alarmingly modern for its listing of specific names in order without hierarchy. When asked what people would do at the wall, Lin said with sincerity, “they will cry.” Considered iconoclastic at the time, a memorial below ground in black stone explicitly naming the dead, few anticipated the profound effect it would have on visitors, and more broadly, how it would change future memorials. Today it would be difficult to imagine Michael Arad and Handel Architects' National September 11 Memorial, Yad Vashem by Moshe Safdie or the Flight 93 National Memorial by Paul Murdoch Architects without Lin’s precedent.

Although Lin’s career is often overshadowed by her early success, Lin has completed numerous projects including memorials, artworks and architecture. After working on the Vietnam Veterans Memorial, Lin completed the Women’s Table at Yale, a cylinder of green granite that chronicles the number of women at the college from 1701 until 1992, when female enrollment first equaled that of men. Her 1989 Civil Rights Memorial is a black granite water wall, inscribed with a Martin Luther King quote, and a circular table with names and dates significant to the Civil Rights Movement. More recently, Lin’s “last memorial” is a series of interrelated sculptures that tie into her website “What is Missing?”, a virtual mausoleum to animal species either made extinct or threatened by climate change and other human activities.

Always seeking to make works that reflect the mood and dialogue of her time, Lin perceives herself not as a memorialist, an artist, or an architect, but a hybrid that defies explicit categories. 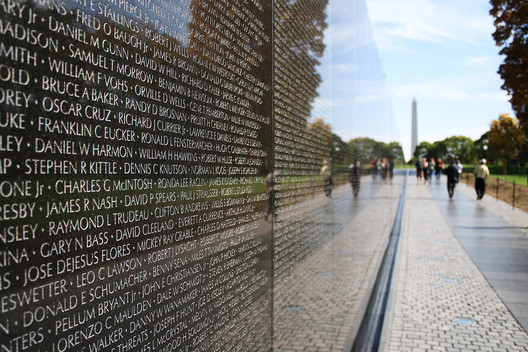