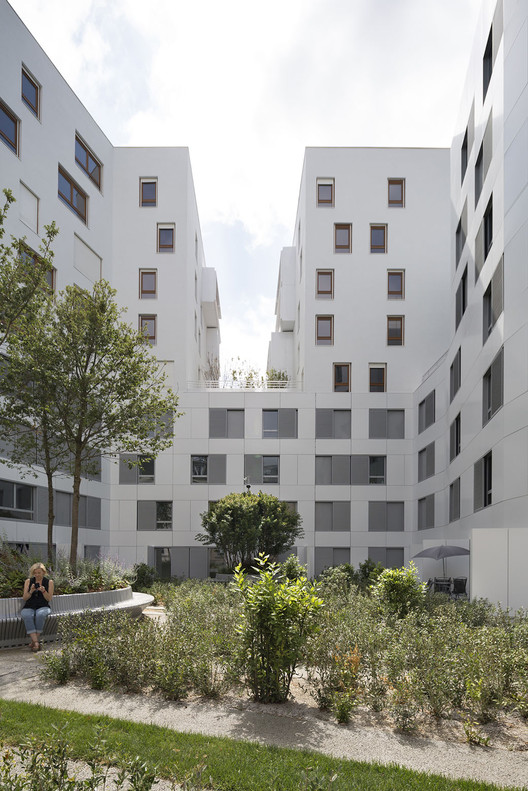 Text description provided by the architects. The Zac Clichy-Batignolles development area has been carved out of the vast expanse of the rail lines leading to and from Saint-Lazare train station. It will transform this enclave into a new neighbourhood centred around Martin-Luther-King park and the new Paris Regional Court (by Renzo Piano).

In this workshop, the scene of much hard work and many exchanges, the firms established a common floor plan and external style for all three sections of the development, in order to guarantee the consistency of the ensemble while allowing each team of architects the freedom to create its own vision of the building it is responsible for designing. The macrolot extends beyond the borders of the ZAC to interact with the neighbouring buildings and the Framboisine, the Martin-Luther-King park maintenance centre, a sort of "urban-landscape" in the heart of the city. The project thus solves the equation: 1+1+1=1.

The project is nestled between two housing developments. It is grounded by a retirement home on the bottom four floors, topped with a distinct volume which comprises five floors of apartments.

Lot E10A, with its highly visible location on the avenue de Clichy, was the first intermediate rental housing operation to be launched by the City of Paris in a development area. It opens onto a central garden with a view of the Framboisine and the existing historic neighbourhood. The development, which is solid and compact on the avenue de Clichy side, becomes narrower along the rue Gilbert-Cesbron, and drops lower as it stretches into the centre of the lot to open up broad, far-reaching views.

The buildings of the E10 B1 lot are distinct units distributed around Martin-Luther-King park and a central garden, with lines of sight left open between them to ensure that the centre of the lot can enjoy natural light and to offer better views to residents. The tallest building (37 m) stands at the corner of the plot, a landmark for the park and a continuation of the Paris skyline to the south.

The landscape design explores the questions of the ownership, appropriation and liveability of the site. It plays with the architectural themes used throughout the site, a marriage of vertical rhythms and horizontal continuity. The landscaping creates a further layer uniting all of the open spaces in the heart of the lot. 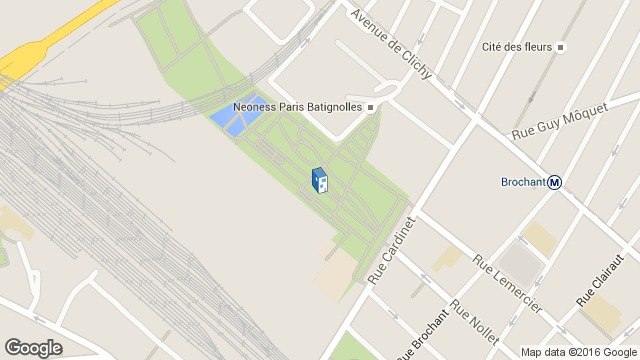