Known for their work in adding greenery to the cities of Vietnam, Vo Trong Nghia Architects have unveiled their latest set of condominiums for Ho Chi Minh City – three towers covered in bamboo. Located 3.5km from the centre of Ho Chi Minh City, their project “Diamond Lotus” has enough units for 720 families, with a total floor space of 67,240 square meters across its three buildings. Read more about this project after the break.

To create a large green space, which is rarely available in the city, the three buildings have a connected roof – a feature also following Vietnamese Feng Shui. The facades of the three towers are covered in planter boxes, mitigating the tropical sunlight and reducing heat gain. Chosen for its structural flexibility, particularly against storms, bamboo will be planted throughout each 22-story building.

Unlike most projects in Ho Chi Minh City, which reduce green space with their development, Diamond Lotus not only creates comfort for its residents but adds to the landscape of Ho Chi Minh. Appearing amid the density of the city, this project will be the first green landmark of Ho Chi Minh, dedicated to changing the perspective of citizens on environmental sustainability. 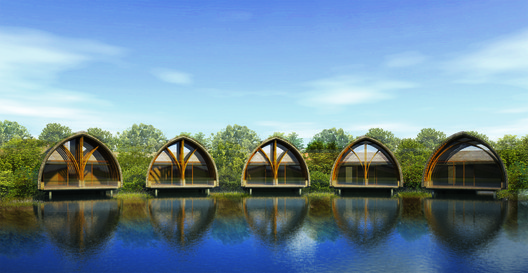 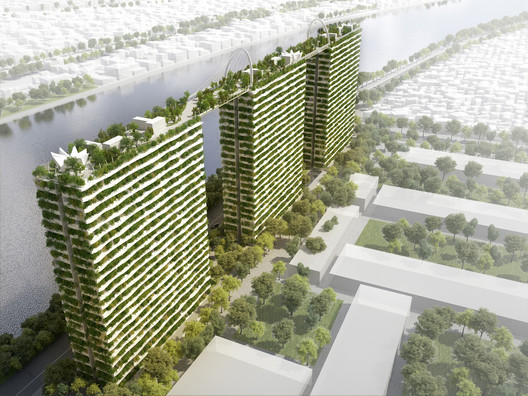