The Architectural Review has revealed the winners of its 2015 AR School Awards, which honor excellent educational design, ranging from kindergartens to universities. The awards seek to recognize “transformative, leading edge projects from around the world,” “challenging and inspiring architects to reflect more deeply on the purpose of architecture and its relationship to the wider world.”

The winners of the AR Schools Awards are:

The transformation of the 630-pupil Whitehorse Manor Infant and Junior Schools has a single defining, and potentially trivialising, headline image: the copper-clad cowl-cum-combover that links the bookend buildings - one Victorian, the other built in the 1970s - which face the traffic sluicing past the frontage along the A212.

The architecture of the £4.5m scheme is a shrewd and witty collage of new forms, spaces and programming on a 1.7ha site that had been a typically thrombotic hodge-podge development of buildings for more than a century. By removing 400m2 of existing ground-floor fabric, adding a new upper level, and recomposing part of the external ground-plane, the practice has significantly stretched spatial envelopes, delivering 1,400m2 of new internal and external space. Most crucially, the design has reinvented the school as an educational community and as a place that is visibly open and connected to the general neighbourhood; this sense of an inviting and revealed place of early education is perfectly evident in the new classrooms and transition spaces, and in the fact that parents are plainly comfortable in the buildings.

On a purely architectural level, the scheme sets out a charming array of trainspotting contextual responses. Fundamentally, however, the design is a highly engaged piece of placemaking that has made the Whitehorse Manor Schools an exemplar of the government’s £8bn Primary Capital Programme, which pledges to renew half of all the UK’s better-performing primary schools by 2023 and, physically and atmospherically, to give them a heart-of-the-community ethos. 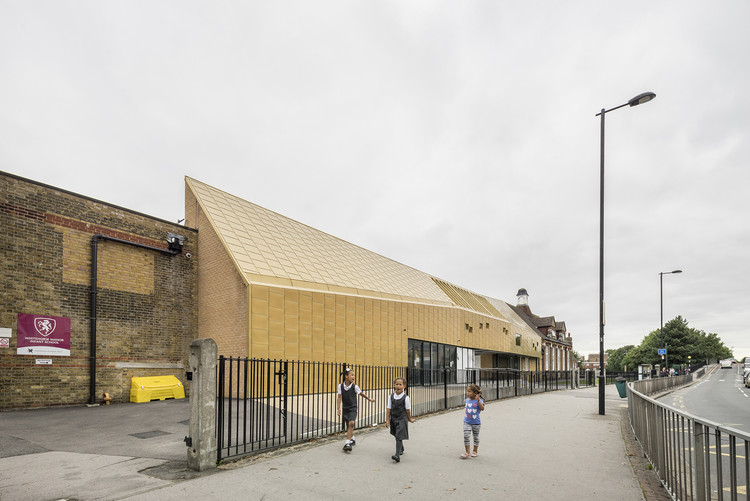 Braamcamp Freire School, by CVDB Arquitectos (Cristina Veríssimo and Diogo Burnay), is in the village of Pontinha, on the edge of Lisbon. Straddling the threshold between the built-up urban area and the dispersed rural outskirts, the school stands in a setting of several small grids of blocks, structured by a main street that condenses all urban life. A school can be a catalyst for neighbourhood regeneration - and strategically located in the vicinity of this axis, Braamcamp Freire School is ideally placed to become the focal point of Pontinha.

As part of a major public architecture programme, which began in 2007 and included the rehabilitation of more than 200 high schools all over the country, Braamcamp Freire is among the most acclaimed. The school met the general aims of the programme, and successful dialogue between the architect, school board and the promoter Parque Escolar forged a participatory approach to the design of the school environment.

The expansion of the programme of Braamcamp Freire with new facilities - such as library, auditorium, and the revamp of the sports areas - was in line with the wishes of Parque Escolar to open up the renovated schools to the community. In this sense, the new school is not an autonomous segregated urban element, but an impetus to improve this socially troubled district, playing a decisive role in the neighbourhood’s social cohesion.

Like the others in the Parque Escolar programme, Braamcamp Freire transforms an existing school. Considering its pavilion-like school model from the ’80s, based on a series of buildings and prefabrication systems, the design proposed a radical transformation of this generic model. As described by CVDB, ‘the project consisted of the reorganisation of the pavilion-like school typology into one single building’. The pavilions of the original school were organised in autonomous programmatic units.

In this project, RUF was commissioned by an educational charity to upgrade and expand the local school (to prepare the school to absorb the influx of students from an ever-expanding geographical area).

The railway line, completed last year, created a huge incision into the landscape with cut-and-fill earth simply dumped at the back of the existing primary school. This slope was dangerously unstable and also led to flood damage of the old school building.

The architects say that they ‘revel in low budgets and minimal resources’ so fortunately the budget was tiny, at just £57,300, and they resolved to beg and borrow local materials and to expand the brief to provide facilities for the community. With no meaningful sewage system and no money to install one, for example, the architects devised a ventilation system, a septic tank and a reed-bed filtration system. This, they say, ‘was our first real attempt to create low-cost infrastructural architecture. A prototype for rural school hygiene facilities with the possibility that the strategy could be deployed in other scenarios.’ RUF’s Joshua Bolchover adds, ‘The slope was made more gradual to make it safe and less liable to collapse. We used the concrete wall of the reed-bed as a retaining wall that framed the basketball court and contains the slope.’

Working with a local design institute and contractor, they decided to retain and upgrade the existing school building and to link it into a new contained courtyard with spaces under and over. The idea, says Bolchover, was ‘to create a range of open spaces: from pocket gardens to interlinking courtyards to play-spaces and outdoor educational rooms’. Using mirrored tiles in the internal spaces to catch the sun and amuse the children, the interior quality contrasts with the somewhat unrefined materials on the external elevations. But unrefined could be defined as contextual in this rural setting.

See the finalists and learn more about the winning projects, as well as about other AR Awards, here. Submissions for the next AR Award—AR Culture—are due October 16.

News and project descriptions via The Architectural Review. 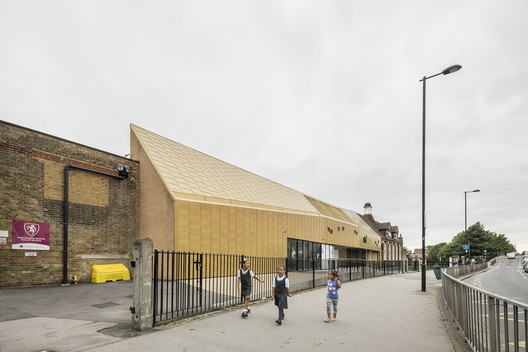