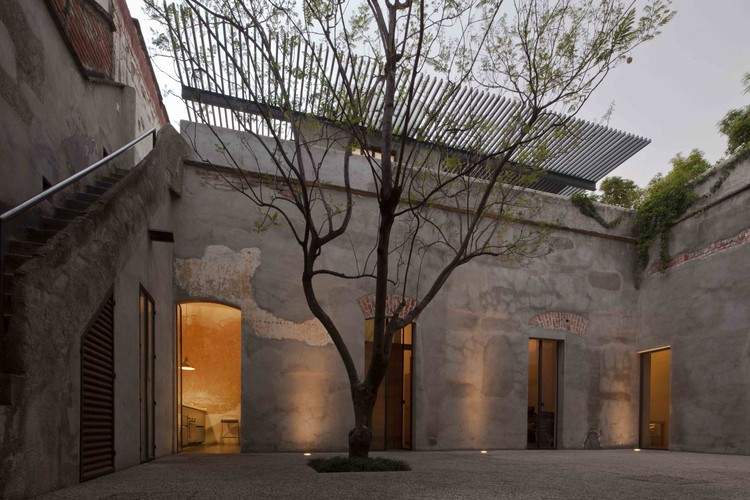 Text description provided by the architects. Situated in a protected historical area of the ancient settlement of Tacubaya, this building is the head office of Ediciones Tecolote, a publishing house specializing in children’s story and art books.

During the restoration, all the ceilings, floors and features that had been added through the years were demolished, retaining only the original walls. The rooms were adapted to the needs of the publishing house, respecting the existing walls as much as possible.

Using traditional building techniques, the ceilings were reconstructed with wooden beams and boards and the hollow wooden floors were also reconstructed in such a way as to utilize the space beneath for storage. In order to create more light in the originally dark interiors, new aerial light openings were included. A nostalgic feature was added when the walls were scraped down to reveal patches of the original painting.

The house is built round an internal patio where a Jacaranda tree was planted to give life and provide shade to the entire building.  In the middle of one of the old rooms, without disturbing the original structure, there is an elevator shaft leading to the top of the roof.  Here, the roof becomes a terrace where a pergola provides shade to an outdoor dining area.

The exterior walls were repaired, retaining the number of windows, surrounds and decorative features found in the typical houses of the period.  Its simplicity and sobriety add harmony to the national heritage environment of the neighborhood. 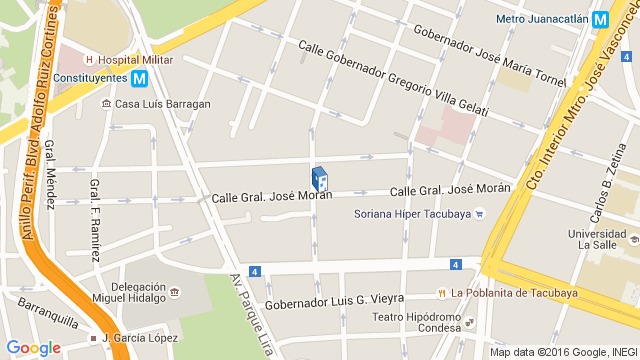 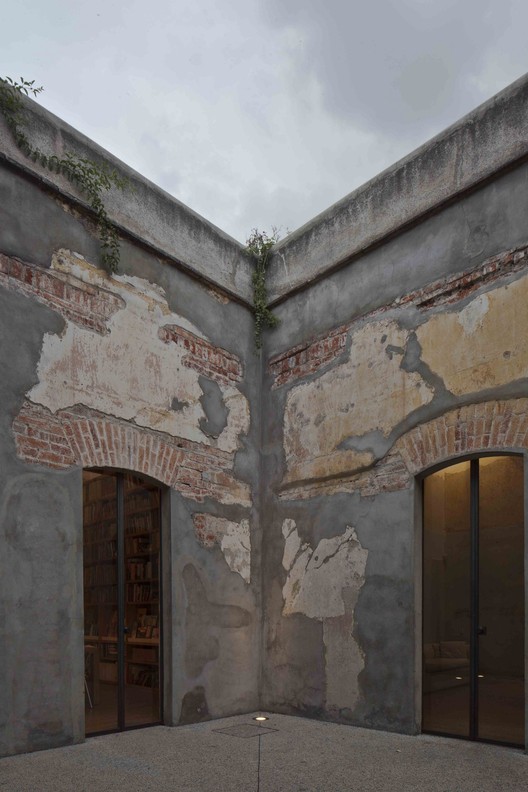 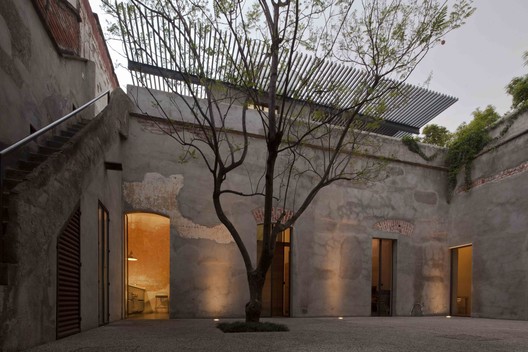