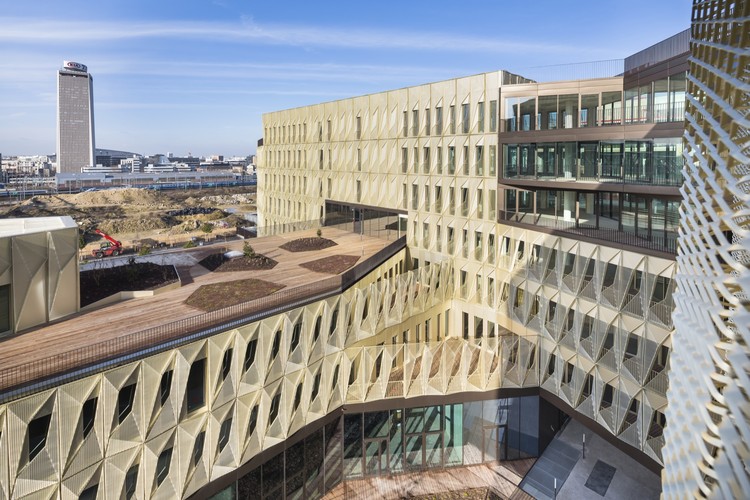 Text description provided by the architects. The origami-like folded metallic envelope makes it possible to unify office, studio and activity specifications and creates a singular esthetic that relies mainly on environmental ambitions.

The project is across from the Landy Studios, already built on the other side of a mall with greenery. The interior throughway is extended by the rue des Lumières that creates an initial hyphen of the volume via a passageway under a porch and connected to the rue Rameau.

The scheme is comprised of activity space requiring large volumes and offices. In such a configuration choosing vertical windows provides thermal efficiency, a good daylight-factor coefficient and specific esthetics highlighted by the presence of a pleated metal cape. This envelope unifies the specifications and meets the project’s environmental ambitions.

The façade is composed of two ensembles:

- An insulated façade encased in natural anodized aluminum, opened by a succession of varnished natural-wood window frames that open in the French manner. This arrangement enables cleaning from the inside and improves ventilation and natural smoke extraction.

- An expanded champagne-colored anodized aluminum cape that enables the whole building to be covered by a unitary and changing skin that also serves as a guardrail and a shade screen.

This overlapping creates a woven effect on the outer surface and creates genuine unity to the entire project. The building enjoys a very high level of energy efficiency. To achieve this, the façade’s window space was limited to 50% to reduce a maximum of thermal loss. 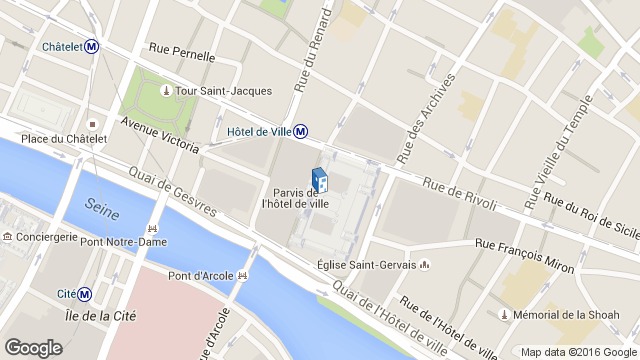