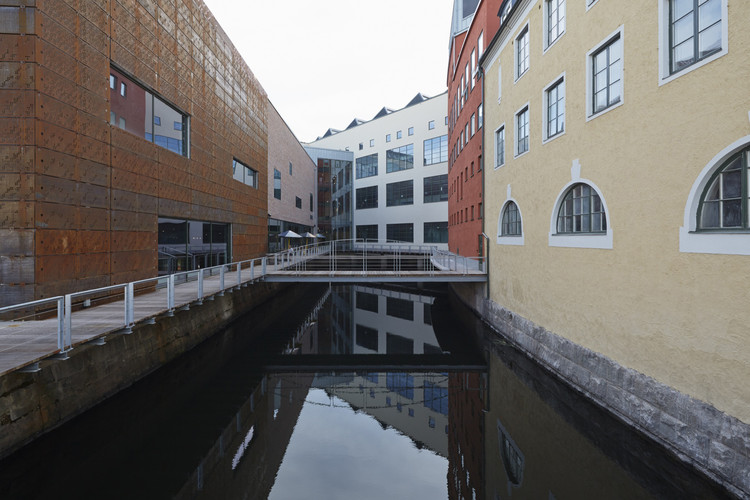 Text description provided by the architects. In front of the entrance of the recently opened University of Textile & Fashion in Borås, Sweden, there is a carpet of stone. The carpet is 110 meters long and 11 meters wide. The pattern of the carpet is inspired by a weaving method for complicated patterns; the so-called Jacquard technique, introduced 1805 by Joseph-Marie Jacquard and thus belonging to the legacy of general textile history. The carpet is laid out in three different types of granite and forms the hallmark for this new school and its campus. It is also the main public space for the school, openly programmed with the possibility of a lively social life. A series of box-shaped benches mark the central line of the carpet; for sitting or as podiums for display of students work. The carpet and its furniture underline the metaphor with the runways of the fashion industry.

Borås has a solid reputation when it comes to textile in Sweden. Textile Fashion Center hosts different educations for designers and also the Textile and Fashion Museum. These activities have been relocated from other parts of the city and are since 2013 situated in an assembly of old factory buildings, dating from the 1870s and onwards.

In the agglomerated, dense campus area separate rooms in the outdoors can be distinguished. Except for the entrance room there is a shady, almost bewitching space where the river forms the floor and pathways around the edges are suspended in the building facades. Yet another space is located further into the area, where a new pedestrian bridge with see-through floor connects the two banks of the river. On the other side is a series of wooden decks, oriented towards the south, and shaped into spaces for sitting, resting, meeting, discussing. 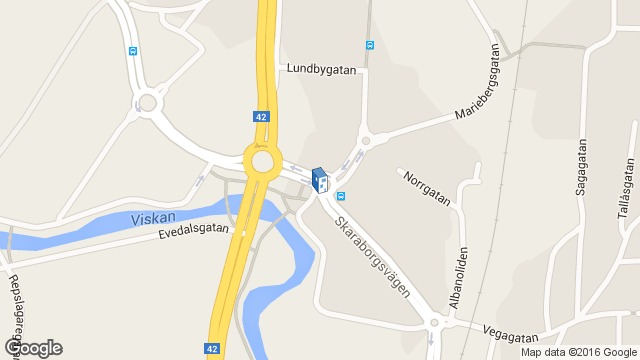