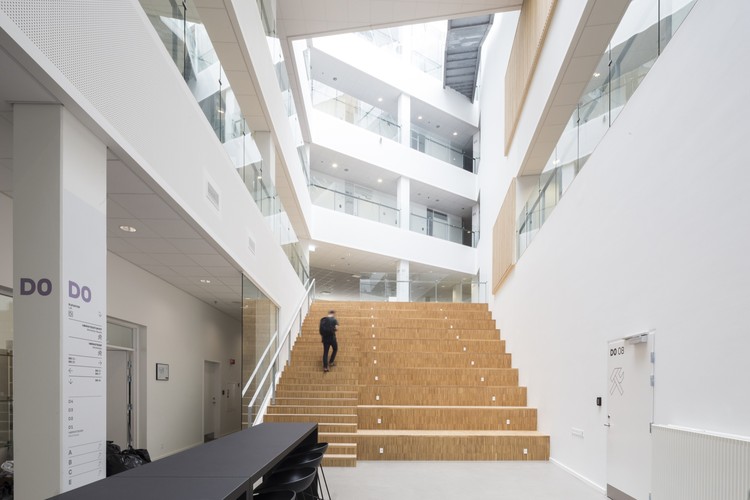 Text description provided by the architects. VIA Campus Aarhus C is a new campus area of VIA University College Aarhus, bringing together several educations at the Ceres-ground in Aarhus. In addition, VIA Campus Aarhus C, includes Center for Educational Services. The project is the result of an invited design competition.

The structure of VIA Campus is created based on the existing buildings in the town; like “a city within the city”, that actively integrates the urban space and the nature of the valley in Aarhus. Four organizing key elements establish the backbone of VIA Campus C - Knowledge Square, Learning Street, Culture House and the Learning Clusters.

Knowledge Square is a spacious, exiting universe in several floors. With open sides facing the city, it makes the life that takes place inside the building visible for the city outside. The large window-openings in the facade, create a very bright environment, which promotes the feeling of being a part of the town square outside.

Culture Square is a robust universe with great features and high ceilings. The idea is to create a cultural environment with an informal and open atmosphere where the light pours into the room. The Learning Clusters unite around local atriums that gather light through the skylights.

The Campus Area’s many functions are integrated into the overall building based on a matrix organization. This way of organization seeks to bring together professionalism in the vertical clusters and simultaneously unify the different educations horizontally – this happens in the floors, with cross couplings between the clusters.

The idea is that competence and professional communities can be developed with proximity and identity, and at the same time the educations can develop flexibly and with the option of professionalism and interdisciplinarity.

The project's main idea and concept was created during the preliminary design competition. Since an extensive development process was completed. Programming and project development have taken place in successful cooperation between VIA, VIA-users, turnkey contractors, the landowner and the total advisory team. 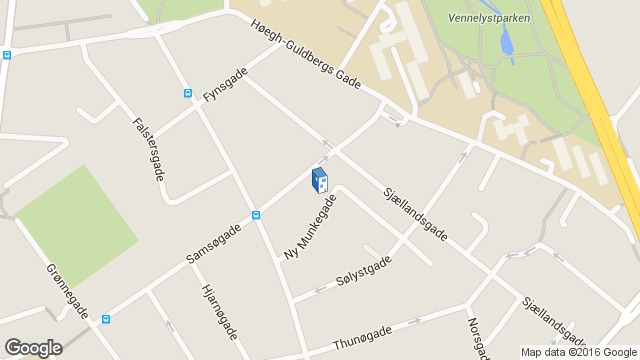 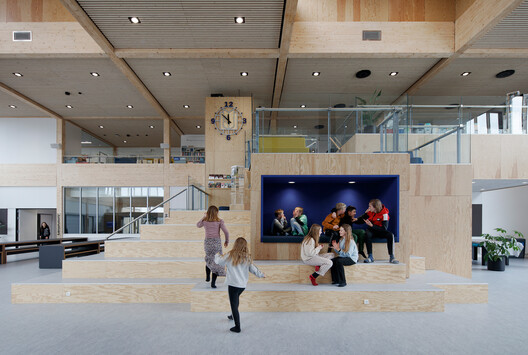