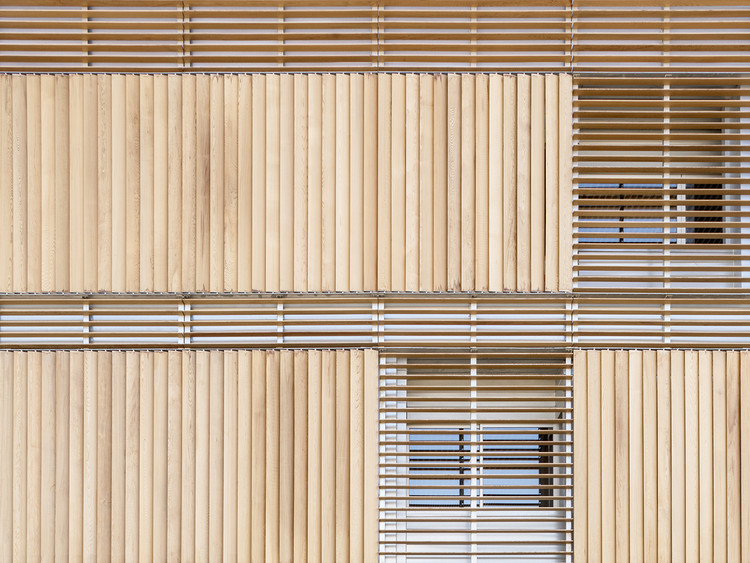 Text description provided by the architects. This language centre lies on the southern edge of the campus of the University of Valencia at its junction with the consolidated city. Its volume consists of two bodies formed with rectangular prisms, separated by a connecting corridor. Structures of similar size and arranged in parallel, they are voluntarily contrasted with each other, to be phased out in plan and elevation and covered with contrasting materials: wood and steel

The west block houses the classrooms and open meeting spaces called “Aulas-jardín”. To protect it from the harsh afternoon sunlight, this lens is wrapped in an insulating and non-putrefiable frame of slats made of Canadian Red Cedar, with orthogonal lines organized with practicable wood pieces in classrooms and fixed lattice in open spaces to modulate light dispersion and adjusted to the functionality of every space.

By contrast, the eastern block houses service spaces and vertical connections. This is a tight block whose shell has been implemented through a veil of microperforated galvanized steel forced at maximum curvature to simulate a textile flaming wind. This solution willfully violates the rationality of the sheet metal, getting the input of a light filtered with a surprising texture and shine full of shades of chiaroscuro, throughout the day.

The innovative academic proposal is considered to be a modern language school; as a place to exchange experiences, rather than just learning a language. Thus, the building is lightened by separating the classrooms that are constructed as hubs within the overall block, leaving friendly spaces for the meeting to be gardened on its facade, creating a green curtain where the direction of the slats is rotated so visually it appears from the outside as a "Tetris" game, playing between classrooms and gardens. 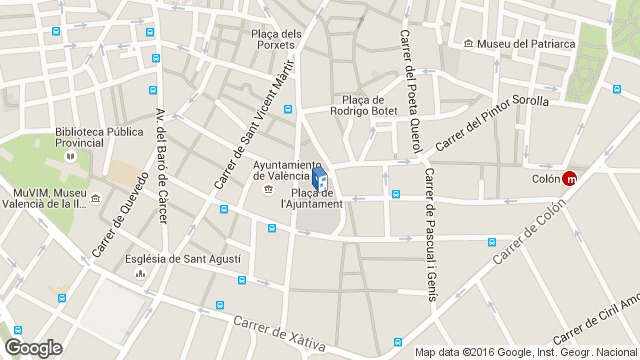