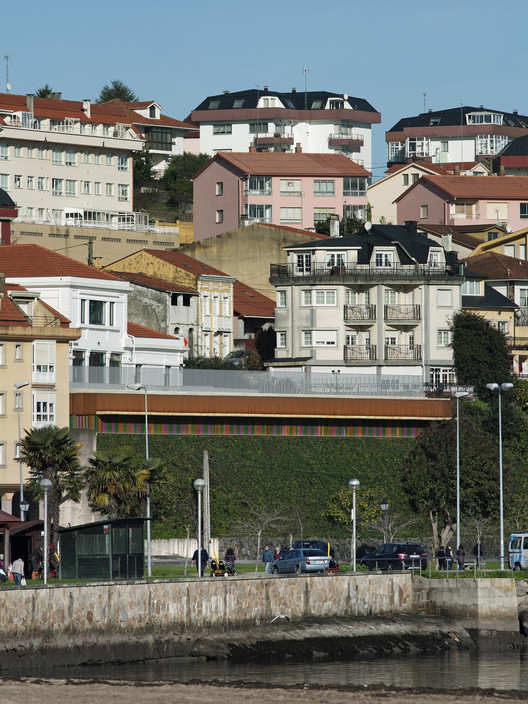 Text description provided by the architects. Sada, located in the region of La Coruña As Mariñas, in the Galician Rias Altas, occupies a central position in the coast of Betanzos estuary, characterized by an extraordinary beautiful landscape and a mild Atlantic climate with very few thermal fluctuations. With 14,000 inhabitants and 20 Km distant from the provincial capital, La Coruña, it´s nowadays part of the metropolitan area.

The building of the CEIP Sada y sus Contornos, built in 1923, is a modernist building with structural protection in the PGOUM of Sada. It is a genuine example of civil architecture defrayed by the emigration, so abundant in the area.

The center occupies a plot situated on the coastal border, with access from the Av. of Sada y sus Contornos. The rear side of the building which is intended as a playground and enjoys excellent views over the estuary of Betanzos, as it is located well above the the Promenade.

The building is in a good state of preservation, but it was unable to give satisfaction to the growing demand of school places in the area. In fact, that demand has responded so far with the installation of prefabricated modules that occupied the free space for games and they supposed a negative impact, both from a functional and architectural point of view.

The Project plans, in the first place, the expansion of the centre with new teaching spaces capable of meeting the needs of the present, according to regulations, so that they are functionally integrated with the existing building. Secondly, the value of the modernist building through the elimination of the prefabricated buildings and the negative impacts, recovering the outdoor space for games. Thirdly, the opening of the assembly to the excellent views enjoyed by the plot, looking for the landscape integration and improvement of the environment, redefining in that area the maritime facade of Sada.

The architectural solution is an external building, in the basement, that takes advantage of the slope toward the promenade and opens to it with a glass facade that is integrated into the slope, with a minimal visual impact, using a basis of slats of wood painted with the colours of the existing vegetation.  This new building is set up as a new basement of the modernist building, which is entirely visible. The flat accessible roof of the new building is now the new playground, with a more permeable new enclosure, which allows the views to the sea.

The movement inside of the site is resolved by ramps to create an accessible itinerary from the main entrance and the existing building, to the new building. The access to the basement, on the ground floor of the existing building, is reformed opening the space of the stairs to the entrance hall. In the basement the connection with the building is once more reformed to integrate both buildings. 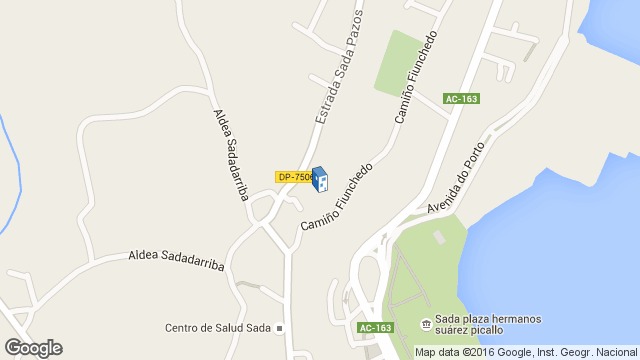