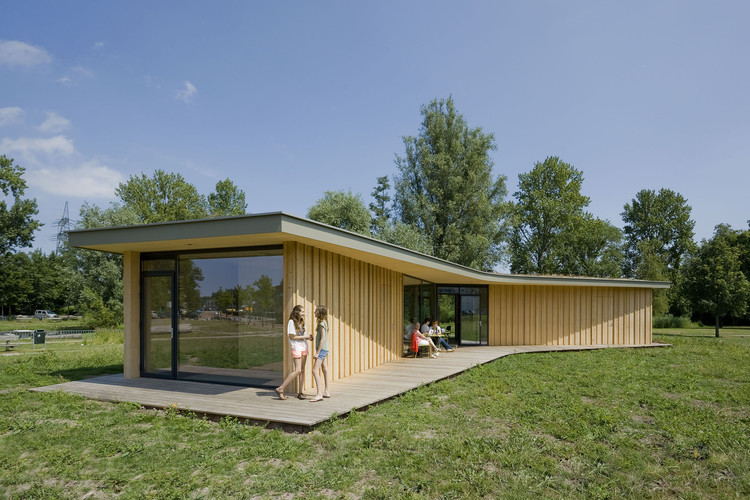 Text description provided by the architects. Tea house 'Tuin van Noord' is a small scale, low-budget project initiated by local residents. It functions as a community gathering place located in a local park in Leiden (NL), a historic city in the Netherlands. The tea house accommodates a seating area, a kitchen, a space from where outdoor games can be borrowed and a multifunctional space intended both for temporary exhibitions of local objects - a so-called neighbourhood museum - and meetings.

The project was initiated in 2011 and is sponsored by several Dutch funds including Fonds 1818, VSB fonds, Druckerfonds, and the municipality of Leiden.

The tea house is situated in a local park that is being revitalised in order to give it a more central function in the district and to improve its role as 'a green heart' in the neighbourhood.

The tea house, almost completely made of prefabricated structural wooden elements, has a three-legged shape. In the middle - where the three legs meet - the seating area is situated, thus emphasizing its central function. Large windows on all sides make it possible to look in every direction and to experience a panoramic view on the park. The three legs themselves include the other program: the neighbourhood museum in the shortest leg, the kitchen, the games-to-borrow point, the entrance and lavatory in the two longer legs.

To make it a whole, the three legs are sandwiched between large horizontal planes: the wooden roof and the terrace. Both roof and floor are extended in order to create a sensation of continuity between interior and exterior. The curved inner corners of both planes soften the shape and make it more fluid. As a logical response to its freestanding position in the park, the tea house has an all-round shape; it doesn't have a traditional front or back side.

A distinctive element in terms of sustainability is the use of a reusable, demountable and massive wooden construction made of renewable en sustainable produced wood. In the design the possibilities of massive cross-layered wood have been explored and the architectural  potential of this material has been fully exploited.

Instead of complex installation techniques, simple and passive solutions have been used to realise a good energy performance. For example, the building consists of highly insulated walls and glazing systems and it makes optimal use of natural light during the day. The size of the extension of the curved roof is adapted to the position and angle of the sun, which decreases the heating effect of solar-radiation during summer, yet it makes use of solar energy during other colder seasons when the position of the sun is low. For heating a simple low heating temperature system is used. The roof is provided with green vegetation which supports and improves water management, insulation, heat absorption and bio-diversity.

One of the main aims of the project is to strengthen social cohesion and mutual respect amongst local residents. In this regard the tea house plays an important role in connecting different people in the neighbourhood; old and young, vital and vulnerable, natives and immigrants can meet in the tea house. Also, by organizing a wide range of activities the tea house offers the opportunity for locals to get more involved in society and contribute to the liveability and social qualities of the neighbourhood.

The tea house is owned by a foundation which is managed by local residents, a principle inspired by so-called "trusts" in England. The foundation is a non-profit organisation, any profit is reinvested in the neighbourhood by organizing activities, maintenance of green areas, etcetera. 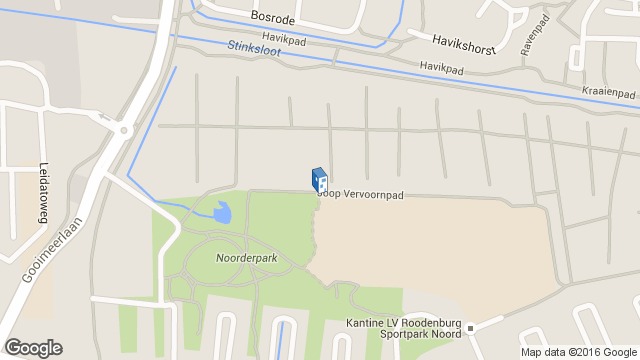