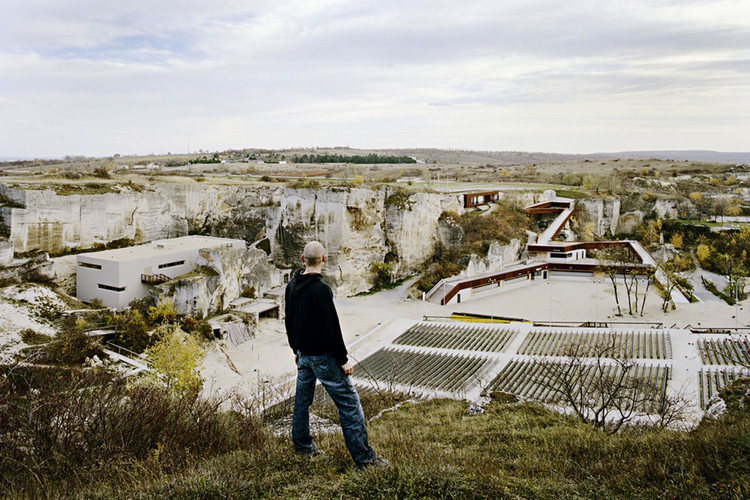 Text description provided by the architects. A show in the Roman quarry is doubtless a unique experience for each visitor. As a classical lover one can enjoy the opera shows and as an habitant of the region one can assist the Passion repertoire with befriended actors.

Acting and singing under the sky in a tepid summer night, far away from the noise of the street; experiences that overwhelm even the “normal visitor” who is not too much into opera and Passion.

Until now though only the stage itself profits from the quality of this unique location in Austria. The path leading the visitor from the parking to the seat and back to the parking after the venue is just too direct.

The fundament of our concept is the idea to let all the parts of the theatre and the theatre visit take part of the picturesque rock scenery. It is imperative to visualize the areal acting and make the visitor experience it.

It is difficult to realize that this impressive scenery which is characterised by precise cutting edge, exactly worked surfaces and well-advised subtraction of the groundis only a by-product of mining resources a long time ago.

Further more it seems that the two Japanese guys from the Sculpture Symposium, who have created the “Japanese Channel” by hurting the compact rock in a nearly impossibly precise way, might have transformed the meadow from Burgenland, which is called the “Austrian Grand Canyon” in the same way.

That’s why it seems logical to take the “Japanese Channel” and its principals as a method and role model for a redesign, which is more likely seen as a continuation of this sculptor art work.

-Reduction: reflexion to the essential

-Subtraction: adding via taking out

-The theatre serves as a role model for the organisation of the particular functions. Short lanes inside the area are needed to welcome the estimated number of visitors which adds up to 6000 persons.

-The spectacle acts as a role model in order to create an spatial experience as well. It asks for moments of surprise and staging of lanes and lounges.

At the parking the visitor is welcomed to the world of the Roman squarry with an announcement board (+20,00m).

Through a cut in the rock the visitor is diving down into the stone. After passing the underground entrance building (+16,00m) at the edge of a cliff of the areal he finally can orientate himself/herself.

After a ticket control a handicapped accessible ramp with a length of about 400m leads the visitor above canyons along the rock faces down to the 19 m deeper level where the festival site lies. The visitor enters the foyer square (-3,00m) in the East through a massive rock formation which is bordered by an artificial angle in the site formed in the West. That is where he/she is welcomed by the hostile audience caterers. The foyer square serves the sojourn and strolling before the start of the show.

Behind the central rock formation lies the already existing audience area inclusive natural stage (+-0,00m). In between, along the Western rock face the toilets sprawl strategically arranged from North to South on the level of the grandstand as well as on the level of the foyer square.

The visitor has two possibilities to reach the seats from the foyer square to the level of stage, which is about 3 m higher, according to the seat number.

-Visitors who are seated on the left (North) step over a huge free space stair case to the “pass” in order to get the first impression of the stage.

-Visitors who are seated on the right (South) dive through a tunnel in the rock formation in order to reach the visitors area from the boulevard.

Both ways hold a surprise- and tension moment, the rock takes over the role of the stage curtain and veils the spot of action for the time being. Furthermore it offers a natural noise protection between catering area and stage area.

Alternatively to both main accesses there is an access possibility for people in wheelchairs south of the rock that directs along the ramp over the park till the foremost reserved seats.

The boulevard sprawls as a continuous arbour of the tunnel to the backstage area and connects the park situated in the South with the tribune.

The VIP-areas are situated in places with respectively laconic areal quality and spread over the whole premises that can be used.

Artists and office staff have their own separate access coming from the parking. It leads over a free space staircase directly into a forecourt, which marks the end point of the boulevard arbour. The backstage building hides behind the rock of the natural stage, to not to disturb.

The Areas in Detail

Between the first cut-in ramp of the parking and the first rock angle lies the entrance building. It is shortly integrated into the rock face and hidden under the parking level. The facade interposes naturally into the nearly vertical rock face and reduces the visible part to a minimum.

The ramp, put on as a lane, leads over canyons, along with rock faces, between acclivities and over bridges. Numerous generous break-areas in the reversements invite to stay and marvel. The ramp functions as a central information carrier and information contributor of the Roman quarry.

Catering of the audience – “the edge”

The catering areas for the audience, which are arranged in a linear way, are hidden beneath an artificial constructed edge in the premises at the western border of the territory. This arrangement offers the best stocking of all kinds of delightness and is similar to the typical architecture of wine cellars in this region of Austria.

The toilets split up into two areas with identical size and lie between the North and South- access to the grandstand on the west side of the central rock. It seems as if the northern part would grow from the rock whilst the southern part is floating like a greeting gesture over the entrance of the foyer.

Each angle of the quarry got its own personal characteristics. Views, morphology, intimacy and other features form the character of each area. The four most convincing areas were filtered for the VIPs. The special peculiarities of those areas have been accentuated and laid open by smart and small “upgrading processes” for the visitors. The emerging VIP-areas vary in size and persuade with matchlessness. One can rent the suitable area for each kind of event.

The block appears only with its upper corners in the front behind the nature stage. Therefore it forms a decent but very clear frame for the nature stage without diminishing its natural strength and impact. Contrariwise, the strict frame puts the stage in perspective.

Not each visitor wants to use the breaks between shows to eat and drink at the catering buffet. Some might look for calmness and relaxation in order to digest what they just have seen. Others might go for a little area for the visitors they can use before and while the show. The parking area is such a place.

Enlargement of the grandstand – “Complementation”

We suggest the construction of a roofed grandstand as a light, transparent steel frame as an eventual enlargement of the spectator’s area. This grandstand completes the central rock massif into one block with constant height.

As much as possible the rock itself is used as building material. Already the first contact of the visitor in the notch of the parking lets the stone become a wall. The VIP areas as well use the surrounding stone as an element that creates a room.

Quarry related materials and materials from the quarry itself are used predominantly for the surfaces of the free spaces. In the foyer visitors find a carpet made of different sorts of grit, which are converted into a water bound cover. That guarantees necessary infiltration areas and avoids formation of dust over the dry summer months.

All the added cubatures and edges are covered with oxidised steel-plates, a material which is used because of the history of the quarry. Associations with heavy construction machinery are on purpose. Additionally the steel guarantees protection of weather and vandalism during the winter time due to its already controlled oxidised surface.

Wherever visitors are likely to come in contact with these surfaces, though – at the box office, catering counters, toilet entrances, etc. – white fibre-cement sheeting has been used, which creates a more refined note in contrast to the rough sandstone and the rusted steel.

By virtue of the different regional conditions for the specific parts of a structure, various construction methods are used.

The ramp, toilets as well as VIP02 till VIP04 are completed as a conventional steel structure. The difficulty in accessing individual/several areas demands to work as much as possible with pre fabricated materials. In this case steel structure is better than timber construction.

All the other areas (catering, VIP01 and entrance area) are performed conventionally in exposed concrete.

The main illumination of the whole area is reached by the accentuation of the existing rock faces and rock edges. The goal is to keep the sky clear of disturbing spot lights or lanterns and to offer a free view to the night sky full of stars.

The use of “wallwashers”, which are used in urban facade illumination, transforms the quarry in a unique offstage scenery.

Additionally the characteristics of individual areas are boosted due to different illumination concepts. That means that the linear ramp element is defined due to an arbour lustre which is integrated in the parapet/ballustrade.

The edge of the premises in the visitor’s catering area as well becomes a carrier of linear lighting. The pond is full of swimming lights, similar to water lilies, which emphasise the romantic atmosphere. The individual picnic areas get lights which are integrated into the benches and spread soft streaks of light to the ground.

Emergency lights are integrated into lanes and guarantee even during the show a moving around without falling inside the site. 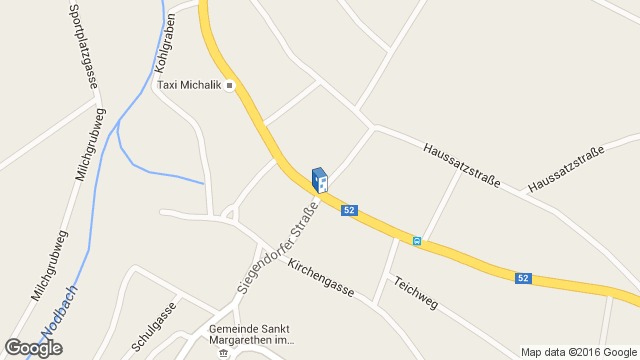 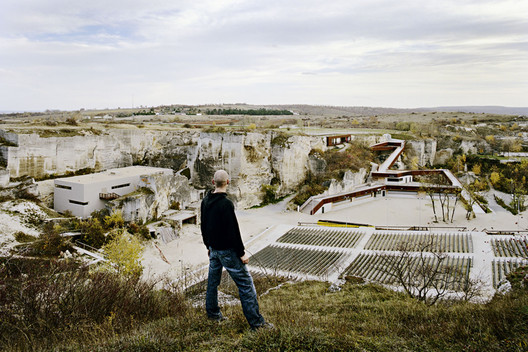