Earlier this year we had the chance to interview Spanish-born architect Santiago Calatrava in his New York apartment. Trained first as a structural engineer, he has designed and completed over 50 projects, which include bridges, transportation hubs, theaters and even a skyscraper. Calatrava has built a career through public architecture, and thanks to open competitions he has received commissions for mostly large-scale, cultural and transport projects. Many cities around the world—from Europe to the US and Asia and beyond—can proudly lay claim to the structurally dramatic projects that Calatrava has dreamed up.

His architectural explorations fuse engineering and art, and result in impressive structures that are honest in revealing the forces at play. In this respect, he is a pioneer; when working on his earliest projects, he didn’t have access to software and tools that are ubiquitous today.

We asked him about his definition of architecture, his high-profile commission for the World Trade Center Transportation Hub, and the challenges he has faced while running his practice. The WTC hub is one of Calatrava's most-anticipated projects in New York; though its inherent complexity has resulted in a long construction period, he has created a project rich in not only form, but also in spatial quality.

Watch the interview above to learn how Calatrava sees the intersection of art and architecture. 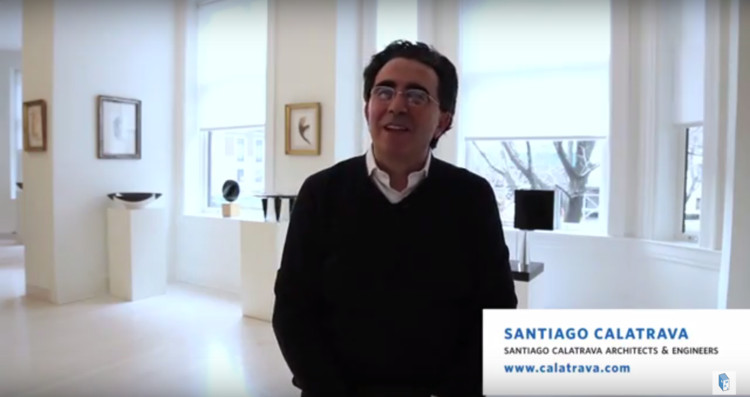