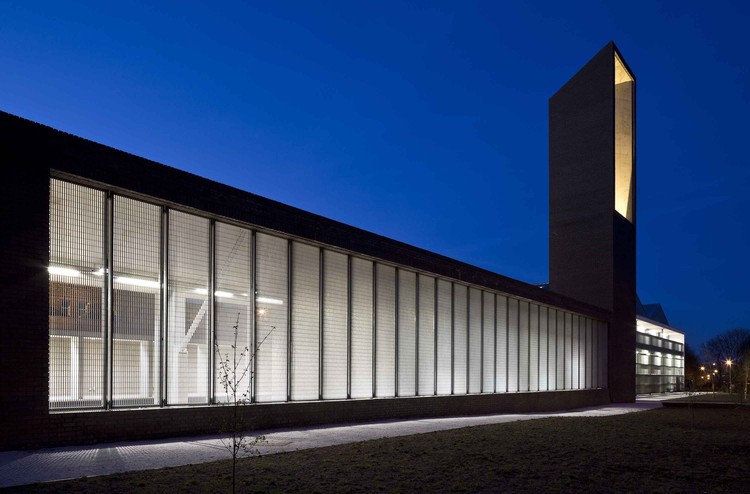 Text description provided by the architects. Edinburgh Sculpture Workshop (ESW) are an organisation that offers a base for artists, providing studios, exhibition spaces, workshops and accommodation.

Over the past 15 years we have been working closely with ESW to assist in their campaign to raise funds to move out of their draughty old railway shed and into a new, purpose built facility. We have done this in two distinct phases, representing two separate funding sources; one through publicly accessible sources such as the Lottery Fund and the second through the Arts Prize - an anonymous donation of £3m for an arts building in Edinburgh.

The two phases represent an exploration into the opposite sides of the ‘arts building’ coin. One, the hermetic, practical, messy side of the making of art and the open, accessible and extrovert of the gallery. They are The Bill Scott Sculpture Centre (Phase 1) and The Creative Laboratories (Phase 2) respectively.

Phase 1 is a compact building containing metal, stone, wood and mixed media workshops with 30 ‘garret’ studios sitting on top and a series of public facing services at street level as well as two autonomous artists lodgings.

This represents the internal needs of the organisation, and of the artist with the thinking and making spaces accounted for, as well as educational facilities which maintain ESW’s focussed creative programmes for the public to engage with sculpture and the arts.

Building this first allowed ESW to decant from their dilapidated shed on the adjacent site, freeing up the land for Phase 2 which is an altogether different building.

Twelve external sculpture bays divided by elegant concrete piers flank two sides of a sunken courtyard inspired by the Ryoan-ji Temple in Kyoto, with a public cafe and the laboratories themselves forming the remaining two sides. This adjoins a new public route from street level down into the previously abandoned railway cutting - now a forming a key component in Edinburgh’s green link cycle network.

The main elevation to the cycle path is clad in brick and metal screens, a reference to the sites industrial past that allows glimpses into the courtyard, revealing the process of making to the public and encouraging passersby to explore within.

The sequence is completed with a 28m tall campanile, left for interpretation by future visiting artists, acting as both a gateway and as a beacon visible to the wider city beyond. 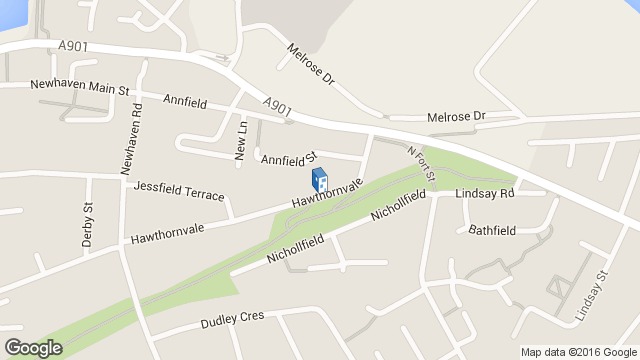 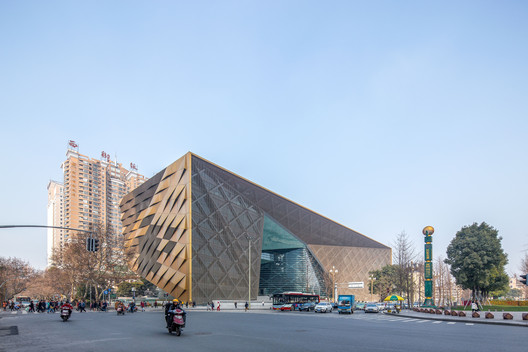 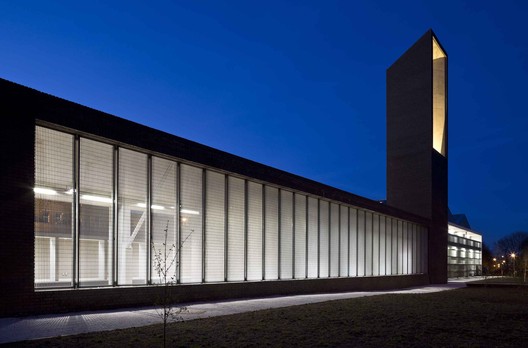