Save
Give Peace a Chance / Linda Covit & Marie-Claude Séguin 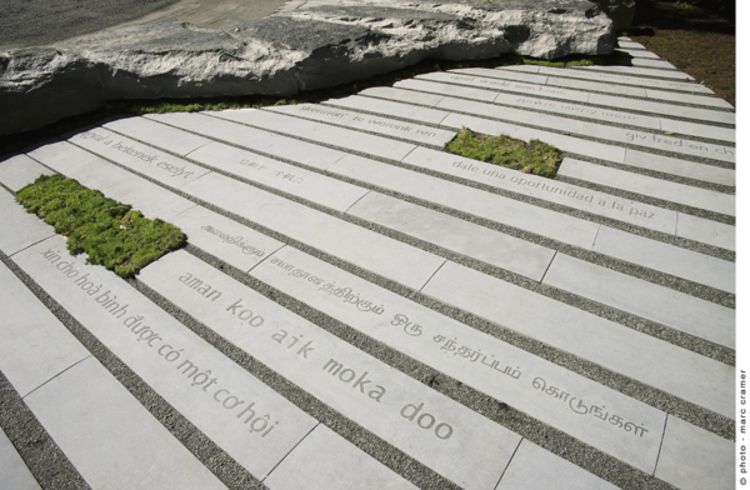 Text description provided by the architects. The work "Give Peace a Chance" commemorates the famous John Lennon song written during his 1969 Montréal bed-in with Yoko Ono. Conceived by artist Linda Covit and Groupe Cardinal Hardy's landscape architect Marie-Claude Séguin, the work is made of approximately 180 limestone slabs laid side by side on flat ground, on which the phrase Give Peace a Chance is engraved in relief in 40 languages. This creation, which adds to the city of Montreal's public art collection, was realized at the cost of $125,000.

"Such projects contribute to the enrichment of public and recreational spaces in a lasting way, in addition to disseminating the creativity of our artists on a large scale. To integrate an artwork into the city landscape is to heighten its character, but also to enhance the citizens' quality of life who benefit daily from an open air museum. In this way, I consider that the artwork Give Peace a Chancereinforces the artistic and patrimonial value of Mount Royal," stated Minister St-Pierre.

"The work Give Peace a Chance is an homage to the tolerance, openness and diversity of Montréal, as well as to one of its most important symbols, Mount Royal. The inauguration of this artwork is also a good illustration of the enthusiasm of our creators for using their talent for the benefit of public art. It is an invaluable contribution to Montréal's reputation as a city of creators and a cultural metropolis," declared Mayor Gérald Tremblay. 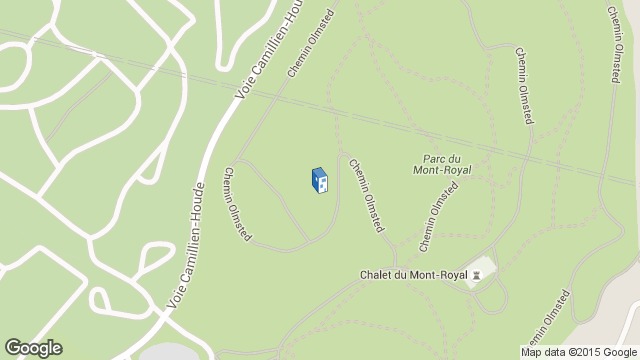