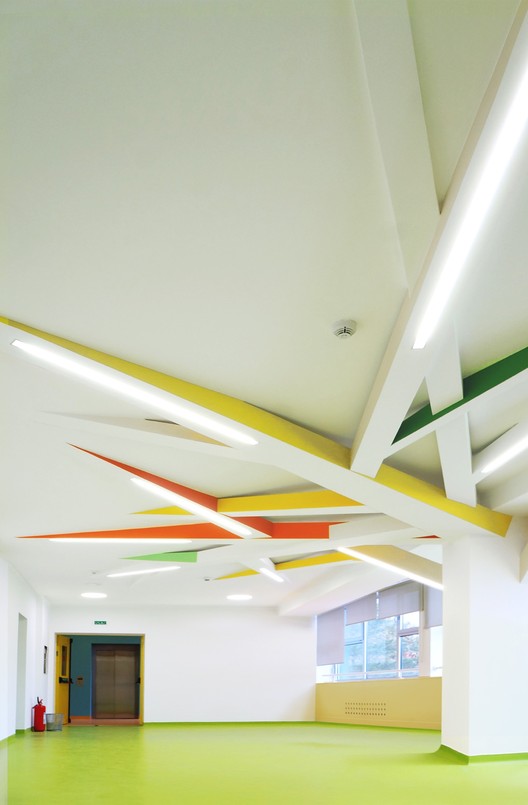 Text description provided by the architects. Kindergarten within the FIAT CHRYSLER AUTOMOBILES - FCA plant in Kragujevac, Serbia is located on the second, third and fourth floor of an ex-administrative building. The refurbishment project was carried out in collaboration with FCA to provide and invest in services which will meet employer's children needs.

Lower levels of the building had already been refurbished and multi-used: as a medical center, an amphitheater, a show room, a bank and as offices. The kindergarten project includes refurbishing three upper floors (second, third and fourth) and the construction of an annex in order to divide different users.

Inside the building and to provide straight and comfortable vertical communication between the plot and park area and the kindergarten. An annex is attached to the side facade of the building, situated in the park which is a horizontal external extension of the kindergarten area, allowing children to be connected with nature although being inside of an industry court.

The existing facade and exterior of the building were not changed, outside there are no visible signs that the function of the three floors of the building is that of a kindergarten. The approach was not to misbalance existing building environment, especially due to its multi-use character. All existing intermediate elements in the interior were eliminated to allow clear, bright and spacious rooms. Interior kindergarten's design draws inspiration from children’s needs, represents a colorful world based on creativity and it respects the highest the safety standards. Design idea is based on the premise that a space should operate as a true engine for child happiness, where curved lines flow in space, emphasize the sensation of dynamic play. This approach was applied by transformation of the rigid structural system (strong columns and beams) into framing, curved elements. Elements have various forms: wavy wall in dining room, framed rounded partitions in common rooms, wavy wall seats in the corridor. In the multifunctional hall the central column and beam are transformed into a "tree" element. Room lighting is incorporated into branches giving more accents to the form. The "tree" being conceived as a true focus space, which gives space and enhances the area for events, manifestations and meetings and should welcome and encourage children early in the morning when being separated from the parents.

All interior details were custom made per design: masks for covering heating system with different perforation (circles, flowers, fruit and vegetables), masks for covering fire extinguishers and heating system in corridor zone, engraved symbols on toilet doors. The desired chromatic balance is obtained through “order in chaos”. Bright floor colors are marking the use: yellow for common rooms, green for corridors, playing rooms and multi-hall, orange for dining rooms and blue for administration. The most distinguished areas are toilets with engraved smiling faces at the door which pull into the world of bright colorful tiles and sanitary. The first hygienic habits should be adopted in joy. 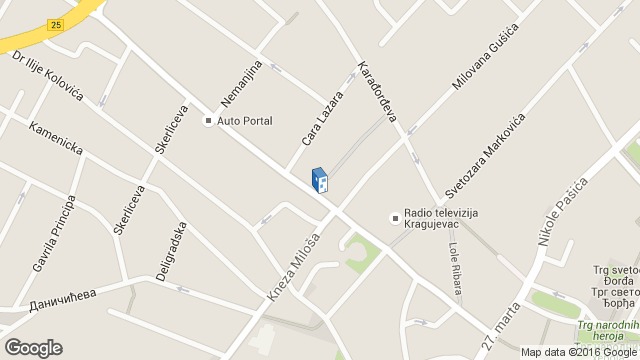