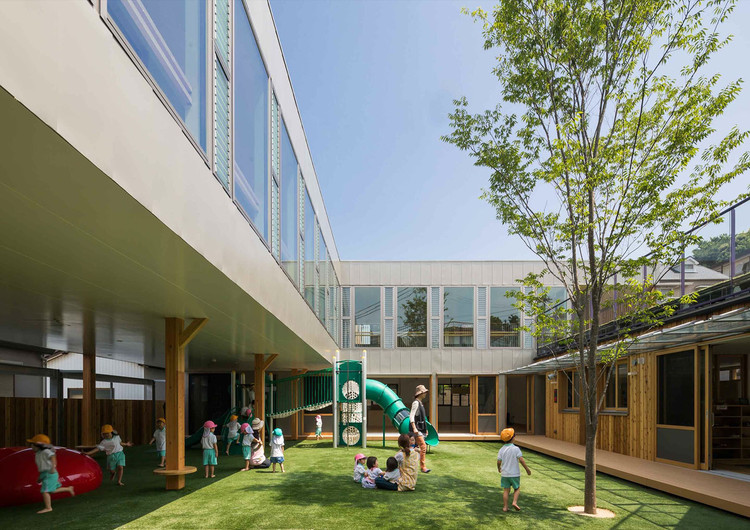 Text description provided by the architects. The site is in a built‐up area. The site is on the corner, and about half of the lap length of the site contacts with a road. Because a nursery school is a public building, it is necessary to mind the environmental consideration to the neighborhood.

We placed the first floor in the road side and placed the second floor in the depths side. It is a courtyard-shaped plan. This form can get lighting effectively from the outside space of the building’s center. And it was effective for the ventilation.The road side considers the scale feeling of the one-storied house. The sense of oppression to those who pass in the building has been softened by continuing wood wall of red Cedar along the road. An external sash and the louver in the exterior stairway also adopted a wooden sash and the uniformity of the facade was aimed at.

We had to secure the area of the play garden because we had assumed the plan of the courtyard type on a small site.Because an area was short only in a courtyard, we did piloti space and the roof of the one-storied house part with a garden and acted for the security of the amusement place of children.The piloti can make the playground of shade that defends kindergarteners from severe sunlight at the summer time. It is used as a place of the rest. In addition, it is possible to play even rainy day.The rooftop garden locates it to surround the courtyard.Openness is high because 2F passage is consecutive sash. An activity each other can be seen from both the first floor and the second floor passages. The garden adopted artificial turf to facilitate management. Children run around in the garden in length and breadth inexhaustibility barefoot. Because children who sometimes run in the rooftop garden can look from a road, the atmosphere of the garden reaches it outside. Because we had a plan around a courtyard, we thought it to want to do it for the plan that could go around the garden.

There is not a dead end and the corridor spreading out forever is a way of the adventure for children and, as various discovery, a place of the encounters, the whole building hangs time in the active space and develops. 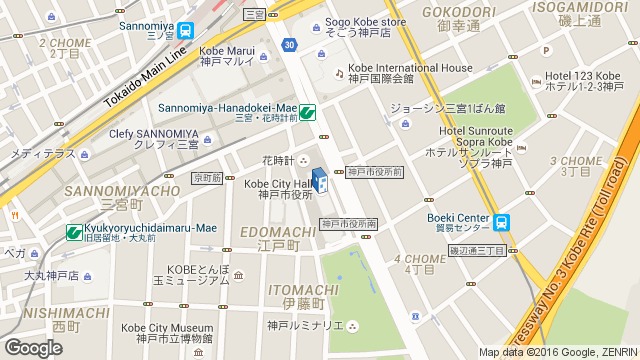