The existing Old Trafford Lodge was built in 1999 with 68 rooms, and offers the unusual option to book a room with uninterrupted views over the stand and straight onto the cricket field. However, since this building was completed, the stadium has undergone extensive improvements, with a striking multi-purpose conference facility known as "The Point" opening in 2010, the renovation of the members pavilion in 2013 and the addition of a Media and Players stand opposite the pavilion, also in 2013. The size and visual impact of The Point and the Media and Players stand, though, resulted in a poor composition when viewed from the inside of the stadium.

To correct this imbalance and complete the ground's composition, ICA has designed a "sister" building to The Point, closely mirroring the design in size, color and shape on the opposite side of the members pavilion. The new building, which will house a Hilton Garden Inn, makes use of large balconies and extensive glazing on the southern facade, giving both bedrooms and hospitality areas views of the field.

In addition, the ensemble of the hotel, The Point and the members pavilion will be connected via a glazed bridge at the third floor level.

Construction on the new hotel is expected to commence later this year, with a completion date set for 2017. 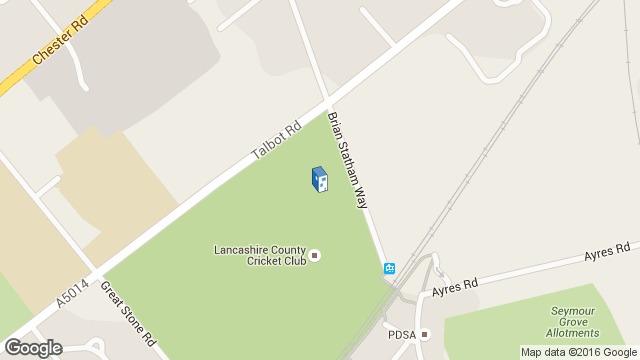