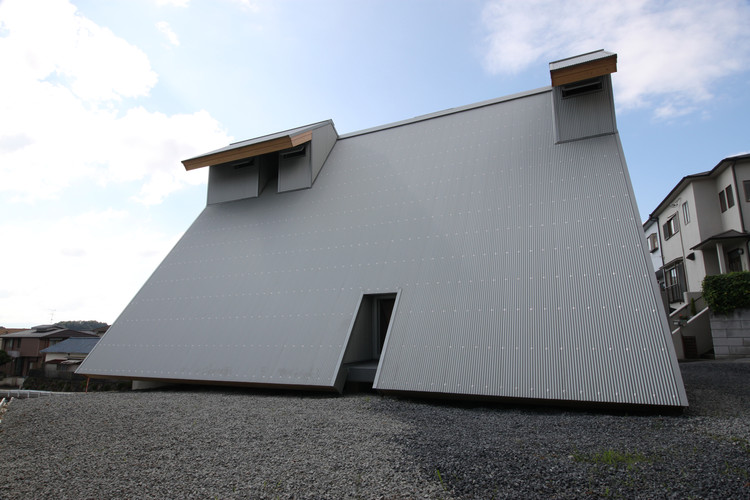 Text description provided by the architects. Home between Earth and Sky- Passive house with Sundial.

This home in Japan is passive house in where a sundial is set. By adapting the passive system the internal spaces support a comfortable environment where in summer it is naturally cool and in the winter it is warm. This ecological technology aids this passive system using the sun and the wind for an effective air conditioner. With this built-in sundial, the time can be told through the line drawn by top light. Furthermore the sundial enables internal space of this house to remind us existence of Father Sky.

The process of constructing this feature went through three steps:

1. Designing the prototype of the passive house with sundial
At first we must plan the passive house as direct gain system. The window is based on the south side where the eaves shut off the intense sunlight in summer while receives it in winter. Meanwhile insulation has been installed in the walls. For setting the sundial, the roof is inclined at the latitude of the site [34.60°]. Under the roof we put the half cylinder inclined at the same angle and above the center of the cylinder, the top light is set where the time can be told through the position of the line

2. Adapting to the site environment
The site has an irregular shape, and as a result of putting the sundial facing south, there are a diverse number of views to the gardens. The site has a gentle slope from west to east, and the floor level of kitchen, atelier, half area of living room is at -1000mm from ground level. The main opening has been oriented to the east where it faces onto the ponds, hills and historic scenery in the area.

3. Planning by orientation
The plan of passive house with sundial is divided into two areas. The brighter of the two contains the living and kitchen. Meanwhile, the other is north facing area in where the atelier is and between the two, small spaces such as the bath and toilet are set along the east and west axis. 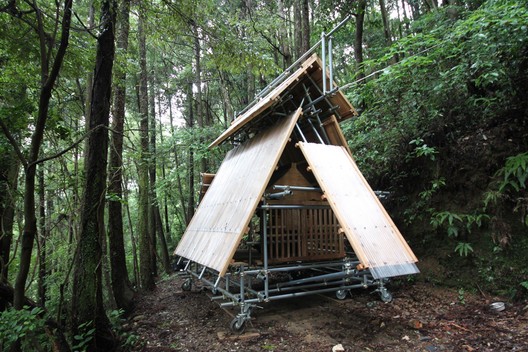