Save
The Greja House / Park + Associates 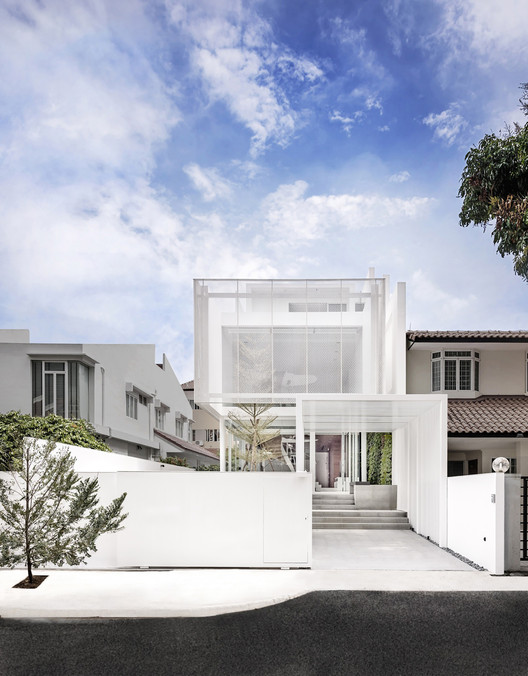 Text description provided by the architects. The project revisits the fundamental role of a home – providing an environment that bonds a family. The design aims to heighten the occupants’ sensorial awareness to increase domestic interactions. To that end, the spaces were interpreted as a flow.

Key to the idea of flow is gestures of connection and circulation, which informed the way the spaces are composed.

Departing from the conventional approach where walls are used to define space, the domestic programmes are composed as interconnected voids. The way the house interfaces with the lush foreground was achieved by composing basic geometric elements, infused with voids to detach from its boundary.

This matrix of borderless spaces is a white translucent box. Functionally, it acts as a screen that brings filtered daylight into the house while maintaining a degree of privacy. Architecturally, it creates a permeable skin that not only dissolves the boundary between inside and outside but also defines the visual character of the house.

The 3-dimensional tapestry of this semi-detached house creates spaces that actively open up domestic dialogue, increasing the opportunities for more interactions - enriching the daily activities of its inhabitants.