On March 11, 2011, a massive earthquake and tsunami hit the coast of Japan at Sendai, damaging the Fukushima nuclear power plant, and taking over 10,000 lives. Over the past three years, only temporary memorial observances have been utilized to honor these victims in Sendai. To address this deficiency, MIT graduate student Beomki Lee has created a concept design for an innovative new memorial space called [ME]morial. 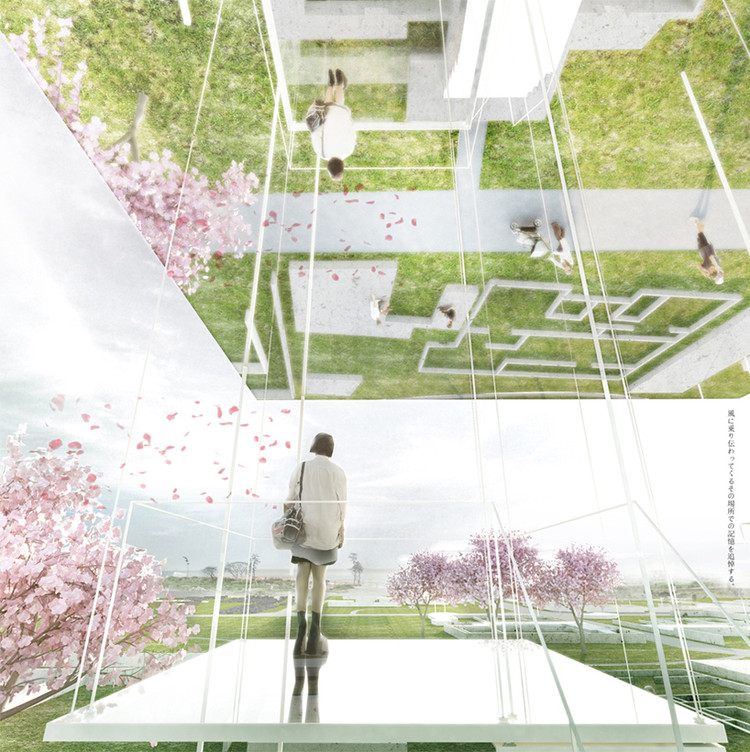 Based on reinterpretations of Freud's and Bergson’s ideas of memories, the thesis project seeks to challenge traditional archetypes for memorial spaces, and delve into the relationship between individual memory and the individual. By creating this new, open-ended concept, the idea of memorial architecture can thus transform into a more deeply individualized experience, rather than remaining focused on communal memory.

The project’s proposal places the design at one of Sendai’s four sites for restoration—“the middle region that has been designated as ‘seaside exchange/revitalization zone,’ planned as coastal parks and memorial facilities with beautiful landscapes.”

At this site, three types of memorials would be created—using architectural experiences of air, earth, and water. Each of the designs uses and displays the remains of housing foundations, left from the wake of the disaster, recalling the area's built fabric before the disaster to provoke reflection in the [ME]morial's visitors.

As Lee explains, “[ME]morial will serve as a space not only for soothing victims’ wounded hearts, but also for letting people memorialize their individual memories.”

Learn more about the project in the gallery below, and here. 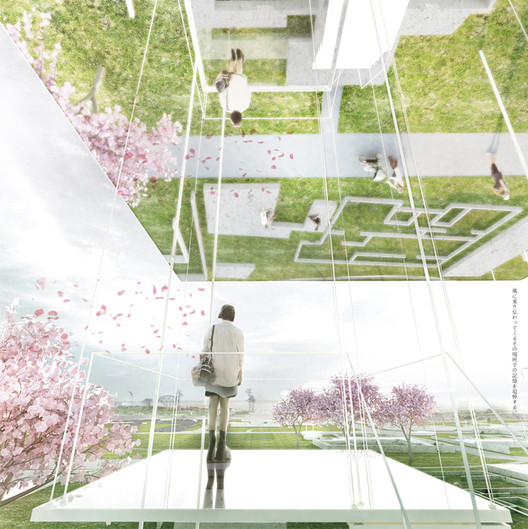