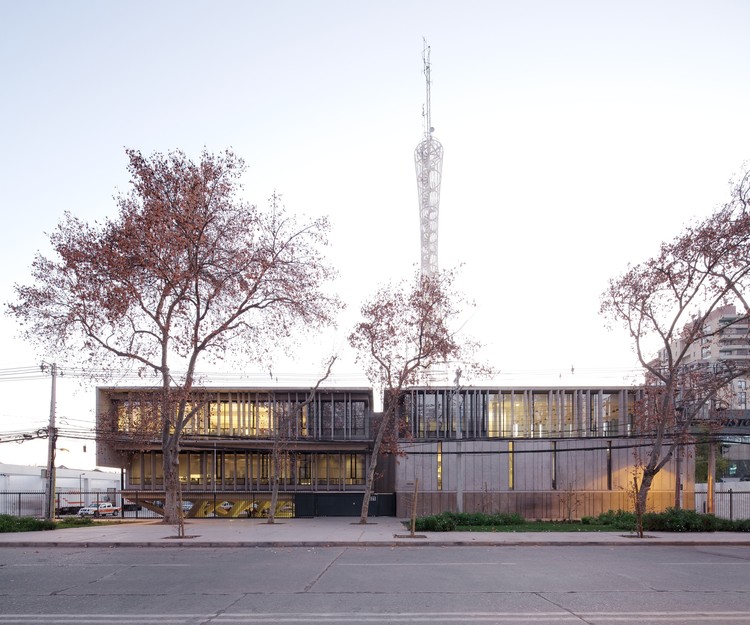 Text description provided by the architects. The project replaces old buildings in the local area "O'Higgins Park and Equestrian Club", welcoming the proposed parameters of current legislation, preserving volumetric and morphological aspects of what exists in order to recover the boulevard condition of Av. Beauchef as a link to O'Higgins Park.

The project for the new ONEMI headquarters poses a contemporary and flexible public building on a volume that recreates the old existing factory, maintains the predominance of full over void on a permeable volume that allows to take the park, and the modern notion of public space, from the outside public space inside the block through the portico entrance on the first floor between the supporting structures of the building on the seismic isolators.

In this project we have sought to formalize the building through the expression of the support structure which is sized, composed and designed so that it assumes the plastic, symbolic and identity values of the building itself.

The competition required us to provide part of the building with seismic isolators, we intend to use them generating an open porch for users. The seismic isolators as technical elements are transformed into compositional and symbolic elements of the building. The first floor porch is designed as a significant element of the project and main idea achieving a functional, spatial and symbolic organization, to make a technical device, developed to meet the demands of a seismic country like Chile, into a structural and architectural element, which defines the identity of the building. This is accomplished by reversing their usual location, which when placed under the underpass involve the emergence of a large space under the building, and by putting them on the underground this space is gained for the use of the project.

The porch is set from quadruple tree-shaped supports that rise from each insulator to receive loads from the building. It reduces the number of insulators, and saves use.

The support structure on the insulators is arranged in a grid of 12.60 x 8.10, defining an organization of three parallel bays of 6.30 m wide with pillars every 4.05 m. The office building has a plan of 36 x 19 m and the emergency building has a plan of 32 x19 m, both on two floors served by an independent core with stairs and lifts to ensure the independent operation of the buildings.

The internal organization is designed in modules of 6.30 x 4.05 meters coincident with the facade modulation , which allows a proper internal distribution. The structural modules are suitable for underground parking.

The width of the corridors and the proposed floor to ceiling height allows all work spaces to receive natural light and enjoy views to the outside. The concrete structure of the facades is done so for solids to prevail over voids on Beauchef avenue. Inside, glass walls for private offices to the interior work spaces enable a transparent plan, views and natural lighting for work spaces in free plans.

As important tectonic element for the proper functioning of the institution, it is required to have antennas 60m high. In this case, as with the seismic isolators, the antenna structure is transformed into a symbolic element of the project. This antenna is located in the inner courtyard and is visible from a great distance, positioning ONEMI in the urban environment. 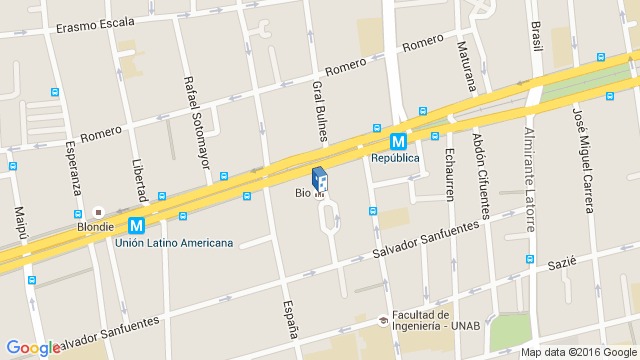 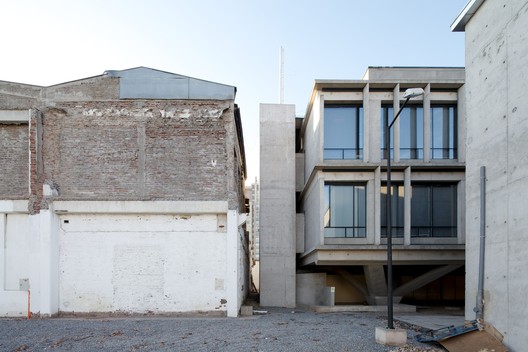