Save
Babeliothèque: Reimagining the East Side Gallery in Berlin
Share
Or
Copy

As the longest open-air gallery in the world, the East Side Gallery in Berlin is undoubtedly a popular destination for art enthusiasts, historians, and tourists alike. Covered in political artwork, the Eastern side of the largest remaining portion of the Berlin Wall has a strong historic as well as aesthetic presence. The other side, however, seems much more barren and abandoned.

With this contrast in mind, architects Emiliano Lareu and Marie de Testa have developed an idea to overcome the sense of desolation found on the opposite side of the wall. Though the designs are only a concept, they are easily imagined in the context of Berlin’s greater cityscape. 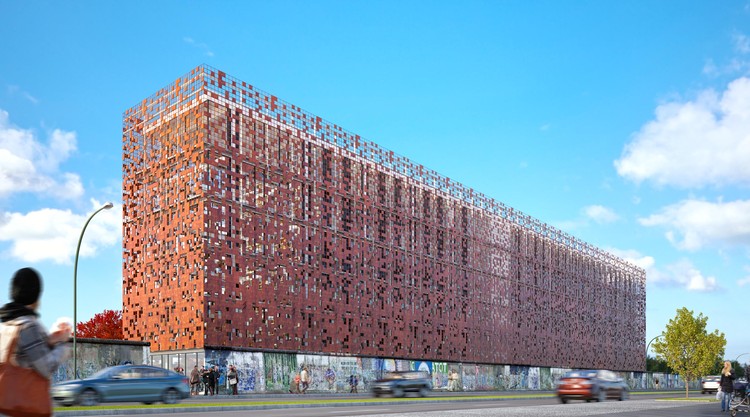 The design centers around a library, which would lean closely to the Wall so as to give the impression of physical connection, but while still valuing its preservation. Correspondingly, the ground level of the library would be a fully “transparent, open space linked to a new promenade and public park along the Spree River.”

Above this glass floor, a labyrinth of large-scale bookshelves interconnects through a series of metallic and glass walkways, rather than by solid floors. Each bookshelf would additionally be connected to a central set of concrete walkways, as well as a distribution of reading rooms.

With a steel pixelated outer façade, sunlight can thus filter through the building’s second, glass façade, while still “creating a safe environment for book storage.” 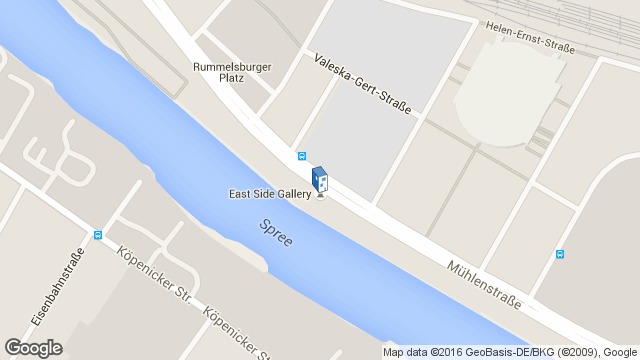