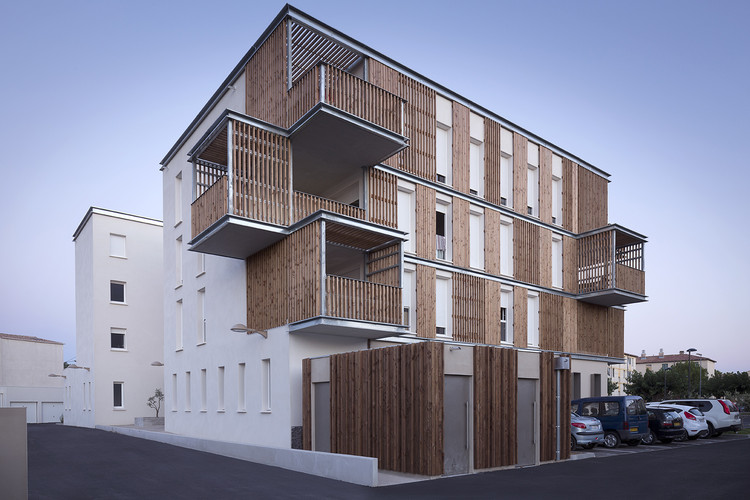 Text description provided by the architects. The project of collective housing in Aigues-Mortes has been developed within an exceptional site, living witness of the 70s. The building is located in a factory estate whose architecture is marked by a modern style. The plot occupies a key spot; the work has to manage the transition from a scale to another, between 3-storey housings and individual houses the latter being scattered at the rear of the plot, on the property line.

In order to compose with existing pieces, the TLA team has chosen to integrate and reinterpret some of the on-site architectural elements to the building aesthetic. As a result, the treatment of edging strips has been carefully thought and comes marking the floors to give a local dimension to the project. Although it is integrated in its context, it was important to give it a punch image, an identity. Consequently, architects chose to use wooden materials to unify the project. First, this material covers well and second it creates small subspaces, more secret universes. Being like little huts, the loggias create intimate outdoor spaces where it is pleasant to live. The wood emphasizes a feeling of warmth and of interiority but mostly permits one to manage opacities and transparences, and acts as a filter. Thus, “looking without being seen” becomes possible!

Finally, marking the corners appeared as a way to reinforce the project geometry and to delimit distinctly two entities. The upper part, with fifteen apartments in double exposure, is covered of wood and punctuated of small appropriable volumes. The composition is sitting on a mineral base. Here, the addition of gabion baskets comes to strengthen the dichotomy feeling between the two elements. On the ground floor two public spaces nestle: a tax center and a police station.

The main difficulty on this project were to conciliate cost, comfort, aesthetic, social and environmental issues. But this skin has not yet said its last word! Then, it takes a functional role and becomes a sunscreen. Playing with rhythms and exposures, it protects and receives light! Faithful to itself, this skin shapes and modulates the façade. 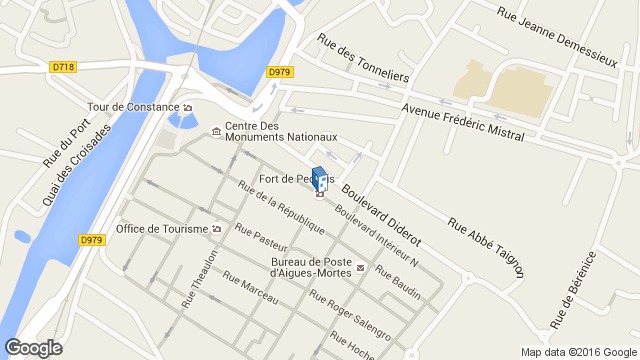 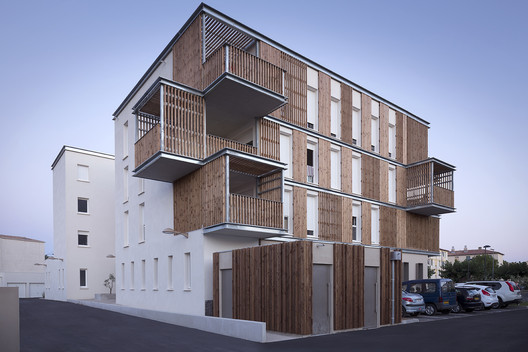