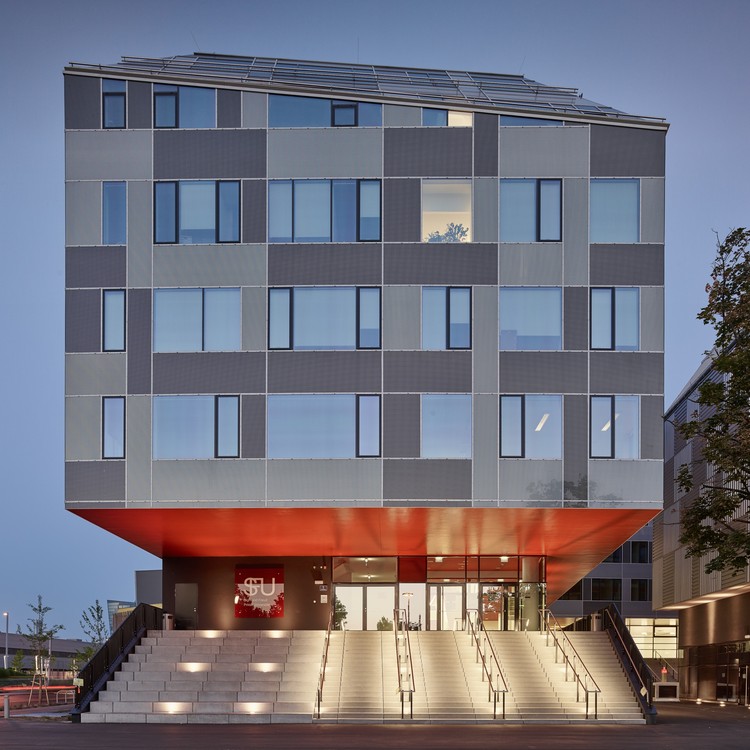 Text description provided by the architects. Campus Messestrasse is fast becoming an exciting part of a lively and up and coming area of Vienna between Prater and the Danube. The new university hub of the Sigmund Freud University Vienna – Paris (SFU) and a boardinghouse complete the urban space formed by the neighbouring campus of Vienna’s Economics and Business University.

The campus is comprised of three buildings with different uses forming a logical whole through their geometry but at the same time standing independently in terms of design and function. Their sculptural character is accentuated through a homoge- nously materialised building envelope. The ensemble creates urban spaces by increasing the building density and unifies a clear, functional structure with an unusual and simultaneously timeless form language.

The inner court formed by the composition and deformation of the building volumes holds special potential for ac- commodating uses of many different kinds. With the Prater, the green lung of Vienna, in sight the South-facing courtyard of the new campus acts as an urban » salon «. 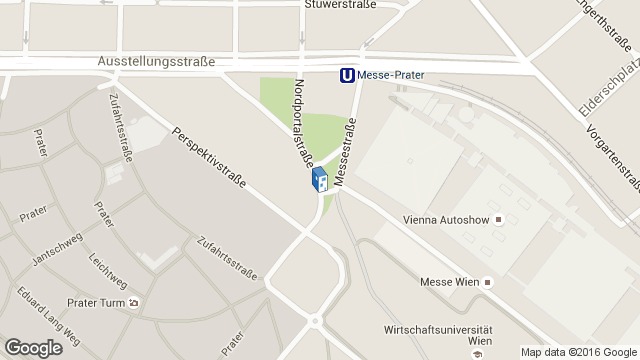