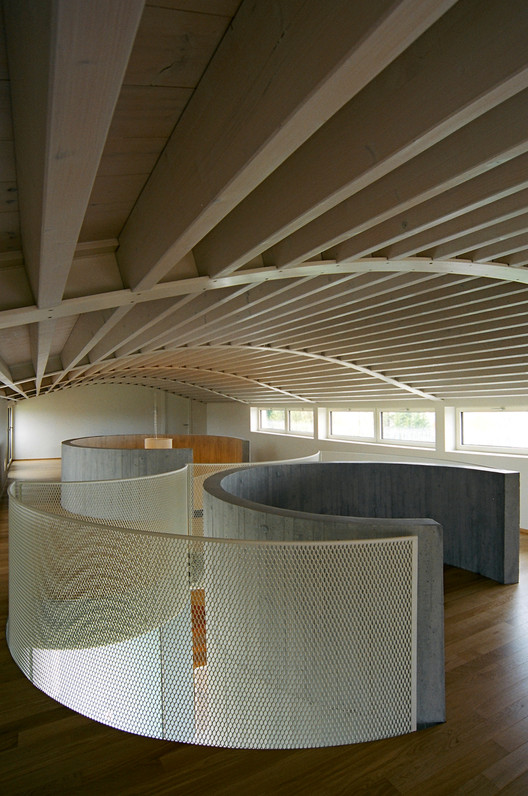 Text description provided by the architects. The project was on a compound of row country houses. By demolition, reconstruction according to the original shape and elevation, the result is a single volume, although it preserves the memory of the existing structure.

This is clear especially in the south elevation, characterized both by the typological repetition of existing perforated patterns, and by the reinterpretation of large openings of porches and barns in rural houses.

These two different compositional logic characterize only the outer skin of the building: it is made of bricks by using the technique of "triage" as the traditional rural houses of Friuli. Behind this coating, is possible to open large windows that light the rooms up but are shielded by the grid of bricks.

The solid wall is made by a weaving of bricks laid head that come out from the edge of the facade. This makes a “positive” that is linked to the “negative” of the portions made in triage. The extreme simplicity of the exterior composition contrasts with an inner complexity generated by the intersection of cylinders with different diameters that define spaces and can be perceived at different levels.