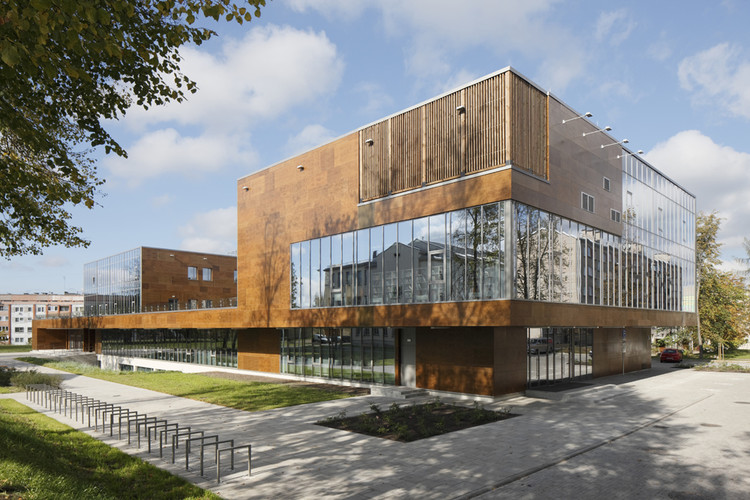 Text description provided by the architects. The University is located on one of the main streets of Rezekne, at the very center of the city. The total area of university campus is 4.2ha. The campus is surrounded by Soviet era housing projects – groups of buildings in various sizes that lack any logical structure, but part of the campus itself dates back to 1920s and is a historical landmark. Latvian architect Pauls Kundzins designed its central building in 1927 for the use of Teachers Institute. Back in 1920s the building was surrounded by a park and some trees have remained from that time to this day. The structure of the new greenery is formed by integrating the existing trees, as well as new decorative plantings groups at the building’s entrance areas, which marks the front axis of the main entrance.  The square is a core element of the new greenery concept, as it illustrates projects profile specifics – engineering.

Department of Engineering building is only the first step in the long-term Rezekne university campus development program. It is also envisioned to construct a new building for the Department of Economics, sports center, student residential accommodations and several supporting infrastructure objects.

The new building is located in the northern part of the campus. It borders the campus from the surrounding residential area. The Department of Engineering is a three-storey building with a functional basement. It consists of a stretched one-storey volume with three-storey volumes on each end. Classrooms, auditoriums and some laboratories are located in the basement and on the first floor. The second and the third floor contain administrative offices, the library and the rest of the laboratories. The roof area that connects both three-storey volumes is designed as a recreational space for students and staff.

The facade is covered with polyurethane coated toned plywood panels that make an irregular cross pattern. External spiral escape stairs are made of steel and for safety reasons around the ladder there is a steel frame and the protective mesh. Interior is enhanced by intentionally exposed elements of buildings’ structural-frame and engineering communications. 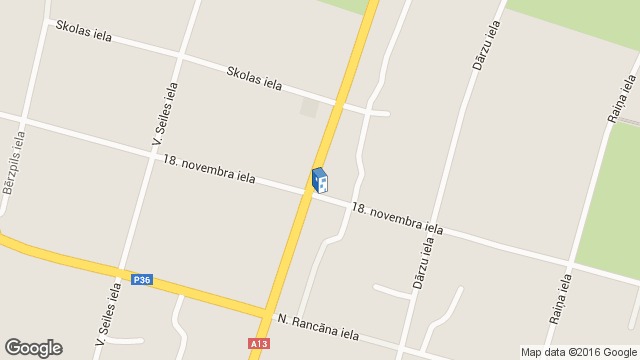 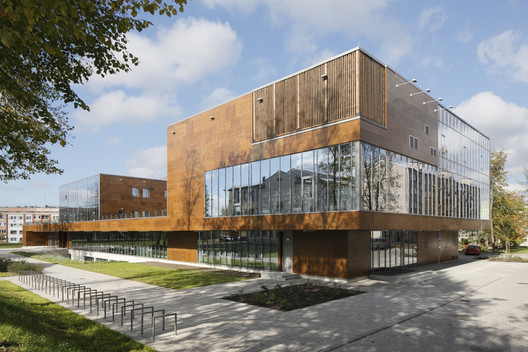