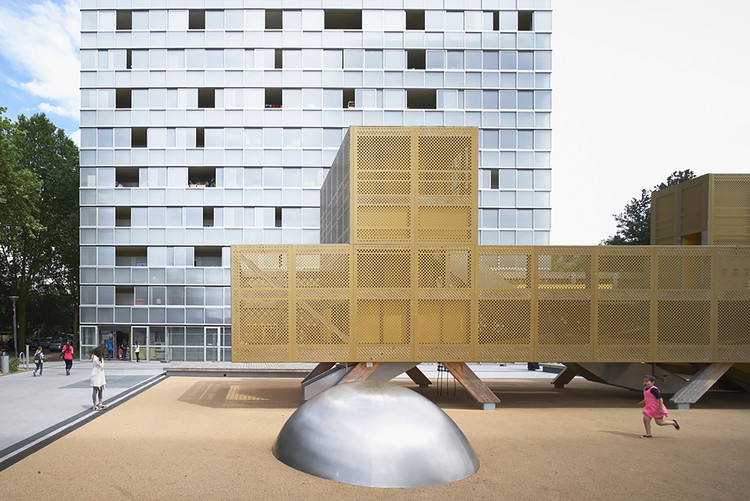 Text description provided by the architects. The Génicart district, located near the centre of Lormont and adjacent to the town’s main urban and interurban network, consists primarily of collective and social housing. Comprising 10% of the city’smunicipal territory, it accommodates roughly 10,500 people and 50% of Lormont’s population. This ambitious urban and social renovation project is organized around four different residences, located on the South sector of the district: Saint-Hilaire (387 units), Leroy (114 units), La Boétie (105 units) and Villon (104 units).

The project has established a residentialisation programme. The term “residentialisation” originated in the 2000s and follows the first phase of rehabilitation of housing estates operated from the 80s.

Residentialization responds pragmatically to the constraints of collective housing for large populations set by the investors. In this programme, housing units are gradually distinguished from one another, and public space follows suit. Through the use of pathways and a more progressive hierarchy of public and private, the presence of unused collective space is reduced. The pitfall of residentialization lies in its premise. It is an impoverishment of shared spaces, a homogeneous privatization of ground against the very principle of large sets: the free plan. The risk is to strengthen the withdrawal, and return once again to the margins of neighborhoods.

The project area Génicart attempts to reconcile the redefinition and the free plan. Taking advantage of every opportunity offered by the need to intervene on the buildings, the project follows an overall strategy of making urban blocks more comprehensive through architecture, whilst keeping the landscape open. This is achieved through gradually transforming public and private. Consisting of primarily collective and social housing, the urban development project accommodating roughly 10,500 people and 50% spaces such as green areas, sports facilities, and new path ways in to an entirely pedestrian area.

Each residential group is reconfigured into a distinctive entity and follows the logic of the plot area. The renewal of the façades, which is initially designed to thermally insulate the building, opens up an opportunity for a dualistic approach to the rehabilitation. On one side, the rehabilitation has presented an opportunity to generate more space through creating additional rooms, loggias and balconies. On the other, it has defined a new architecture, visibly distinguishing each city block from one another.

The three towers of St. Hilaire define with their new envelope a bright plaza and a playground area. Leroy, situated on a wooded hill, creates a bucolic atmosphere. Boétie, positioned around a large central lawn, is reestablished by new landscapes and equipped with linear seatings, offers open green spaces for families. Villon, situated at a crossroad in the heart of a forested area sheltered from wind, offers sunshine in the afternoon and a space for relaxation, hidden from major traffic at the esplanade Saint Hilaire and peripheral highways.

The parking areas are entirely redesigned, rationalized and concentrated around the site’s edges. As a result, the absence of vehicles will create a genuine urban park area at the foot of the buildings. Within this park, wooden and concrete elements will be placed to serve as transitional spaces, terraces, retaining walls, abrupt shifts of the levels and playground areas. Each space creates a network of wooden and concrete landmarks, pedestrian pathways and meeting places between the housing groups.

These defined elements will contrast to areas of lush vegetation. The wooden and concrete structures are characterized by their spatial qualities and will thus function similar to classical elements of the romantic garden such as follies, bandstands, pavilions, belvederes, terraces and fountains, and will complement the existing landscape to create an urban park. Thus, the spaces between each residential unit and crossroads will be marked by green zones.

The St. Hilaire’s esplanade is completely redesigned as a public outdoor space to be in balance with the surrounding dense vegetation. This space is focused around a children’s playground, thus creating an area for interaction and community building between the young population of the neighbourhood. This is achieved through an easy to access, three- tier compact structure, entitled «Quartier general»

The first two tiers of «Quartier general» are used as playground, with the third tier operating as a public terrace. The structure is formed out of wooden frames with perforated metal sheet cladding, providing safety and privacy for the children. The outdoor area features two slides, a trampoline, climbing nets, adventure courses, all 25m x4m, rising up to 6m high.

The playground arouses curiosity and attracts families, which will stimulate activity and community in the neighborhood. This unique public facility on its own serves as a source of pride for residents. The playful and sports facilities in themselves have tremendous potential for urban development because they project directly on the image if the neighbourhood. 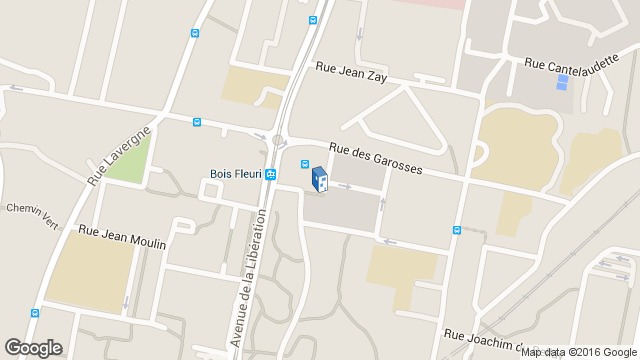 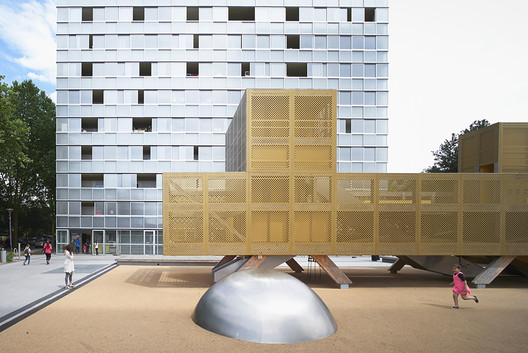