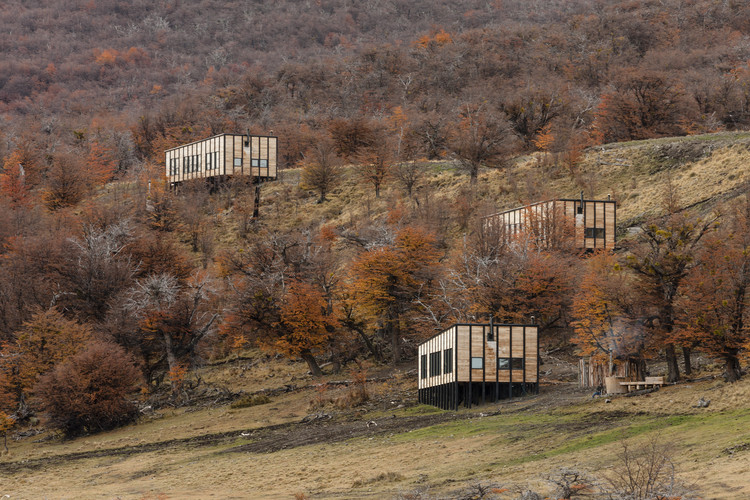 Text description provided by the architects. The commission is a hotel in the Chilean Patagonia, 6 kilometers away from Torres del Paine National Park (three hours from the nearest urban center). It consists of twelve rooms plus their common areas.

The project began with a self-condition of being hidden in the landscape. The vastness of the Patagonian pampa would not allow the interruption of a "building" in a kind of permanent silence. So we opted for isolated units, "scattered" cabins on a meadow at the edge of a forest of Lenga beech, Coigue evergreens, and Ñirre trees.

The architecture of both the cabins and the common areas has its origins in the traditional buildings of the southern tip of Chile, where the structure is practically outside the enclosures, with pillars in a grid of approximately one meter. The fragility and high soil moisture suggested an elevated construction "on stilts", and the distance and inclement weather made ​​us prefabricate most of the hotel.

The modulation of the pillars next to the forest and the choice of wood (Lenga beech), which eventually acquires a silver tone, coupled with a precise location for each unit, makes the buildings blend with the landscape under certain conditions.

The cabins, with some autonomy, are dependent on the central area, which has three volumes that contain the living room, dining room, bar, reading areas and observation areas of the Paine Massif, and are connected to each other by pedestrian paths through native trees.

We designed the project for those who would build it. We did not design anything that could not be constructed with local technologies and their precarious and scarce labor. There were no sophisticated construction details, because they were not important. Thus, we avoided all possible errors that would be difficult and expensive to correct. We adopted this working strategy as a design methodology. 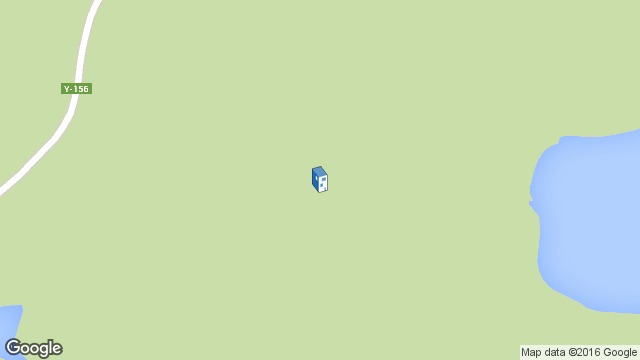 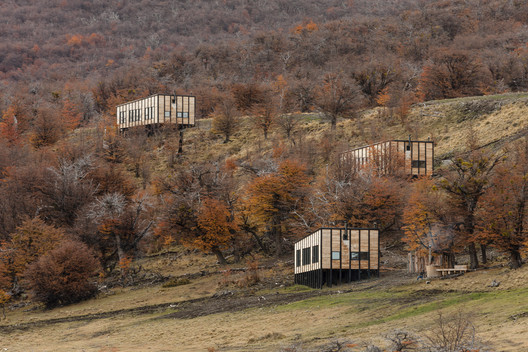