Are you looking for the perfect walled city to lay down your roots? Look no further than Minas Tirith, J.R.R. Tolkien's fictional capital of Gondor, located in mountainous and remote Middle Earth. Except, if an ambitious group of British architects get their way, it might not be fictional for much longer. With their plans to construct a replica of Minas Tirith in the non-fictional hills of southern England, the Lord of the Rings-inspired community promises to be a bustling center of activity occupied by the most diehard Middle Earth supporters. This is only possible, of course, if the founders of Realise Minas Tirith are able to fundraise £1.85 Billion ($2.86bn USD) within 60 days on Indiegogo.

Founded by "an ambitious team of architects and structural engineers who are passionate about creating a beautiful, inspirational and fully-functioning replica of Peter Jackson's depiction of Minas Tirith," the team promises, if funded, to break ground in 2016 with completion slated for 2023. With costs estimated at £15m ($23m USD) for land on one of two selected sites in southern England, £188m ($291m USD) for construction and £1.4bn ($2.16bn USD) for material, the ambitious project will require millions of donors to reach its goal. There are benefits, of course: for only £15 ($23 USD), donors can have their names inscribed - alongside millions of others - on the city's central monument. For a mere £50,000 ($774,000 USD), your name could appear on a small street.

And of course there are homes for sale too: a little middle earth dwelling could be yours for the reasonable price of £400,000 ($620,000 USD) - a steal considering Southern England's current steroidal housing market - earning you a 100-year lease on a one bedroom house set into the city's "ancient" streets. Looking for luxury? For only £1.7 Million ($2.6m USD), a four bedroom penthouse with the best views of Minas Tirith could be yours. The team also promises to include commercial spaces for businesses seeking to provide for all of your Middle Earth needs.

The funding campaign is also "fixed funding," meaning that if it doesn't reach its full £1,850,000,000 goal, all payments are refunded. At press time, Realise Minas Tirith has raised £121. Find out more about the campaign on Indiegogo. 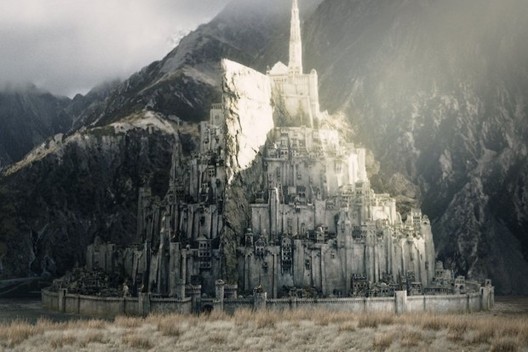