Save
The 'Manhattan of the Desert': Shibam, Yemen's Ancient Skyscraper City
Share
Or
Copy 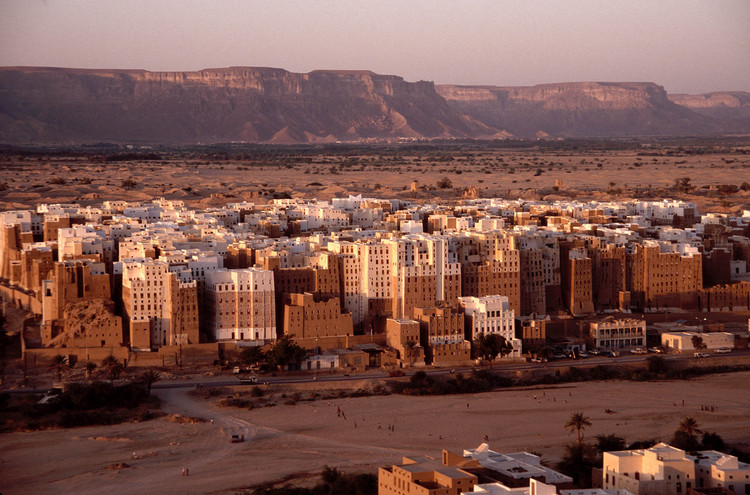 As an important stop on the spice and incense trade route, Shibam emerged as a beacon of wealth in the Southern Arabian plateau. The city began as an enclave for rival families seeking prestige, political power, and protection from Bedouin thieves. The notion of stacked housing quickly became the architectural modus operandi, and thus began the construction of hundreds of mud brick buildings. The solution the contiguous tower-houses eliminated vulnerabilities from attack, while simultaneously exhibiting the wealth of the residents.

Shibam was built atop the pre-Islamic capital of Shabwa after its destruction in 300 AD, largely levelling the former community. A few fragments remain from the earliest construction in Shibam, including a mosque built in 904 and a castle built in 1220, however the city was largely rebuilt after 1532 when a devastating flood swept the region, crippling the foundations of the city's ancient towers. Despite its strategic location on the highest point of the wadi floodplain, Shibam has frequently been the subject of flooding, prompting the fortification of its outer walls.

The city is surrounded by fertile land employed for agriculture, using an integrated urban system for the simultaneous generation of food and building materials. After crops are harvested from the surrounding land, soil is collected for construction inside the walled city - and construction is a continuous process, with the towers requiring regular maintenance with fresh coats of mud. Shibam is historically revered for its ingenious urban planning methods, particularly with architecture that harmonizes with a population deeply devoted to traditional Muslim culture. Early incarnations of Islamic architecture can be noted in the fenestration on the higher levels of the structures while the ground levels were dictated by security, creating a fortress-like defense system to protect the affluent residents inside.

"Sometimes called the 'Chicago of the desert' or the 'Manhattan of the desert', the old city of Shibam presents to historians and urbanists one of the earliest and most perfect examples of rigorous planning based on the principle of vertical construction," reads the UNESCO brief on Shibam. Credited as the home of the first highrise apartment buildings, Shibam has become a symbol for the rise and resilience of middle eastern culture in the desolation of the surrounding desert. 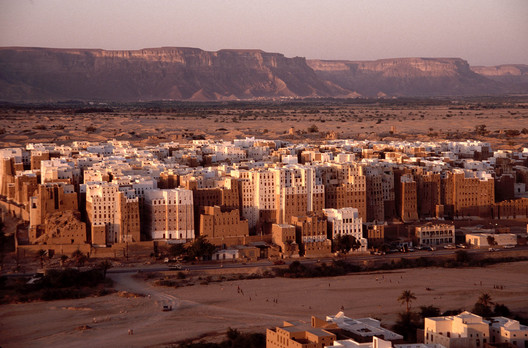