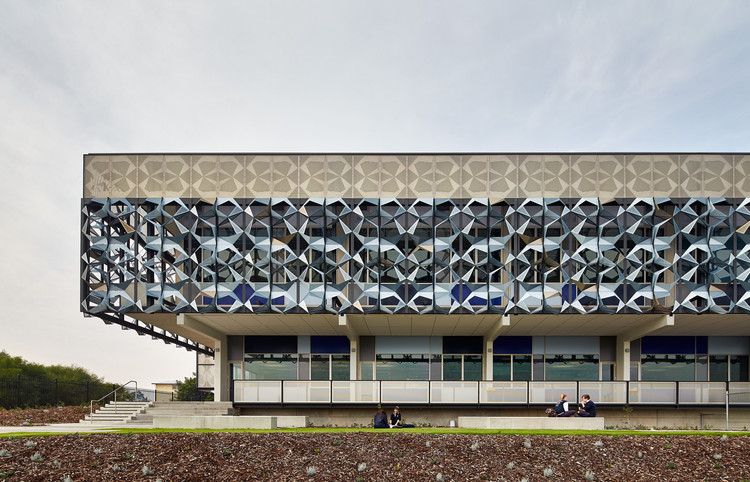 Text description provided by the architects. The development of this new school facility was in response to the West Australian Department of Education's new program of integrating year 7 into secondary schools for the start of 2015.  This new Year 7 teaching facility has provided new accommodation for additional general teaching areas and associated student and staff amenities, science classrooms and additional dance studios. Landscaping and outdoor activity spaces surround the new facility, facilitating recreational and performance areas and external classroom environments.

JCY Architects initial involvement in the school's masterplanning of future facilities and expansion of the school provided some forethought in the siting, access and connectivity of this facility with the school’s future expansions.

John Curtin College of the Arts is a landmark school situated in Fremantle, Western Australia. Historically the school originally opened on the site in 1856 as Fremantle Free Grammar School, later becoming Fremantle Boys and Princess May's Girls' Schools with the first permanent building erected on the site in 1943. In 1954 John Curtin Senior High School was founded and the college commenced operation in the main school facilities, initially as one of the largest schools in the state of Western Australia.

John Curtin was the first school in Australia to offer theatre arts and dance as specialist subjects. John Curtin has continued since 1973 in providing specialised curriculum, extension, and enrichment for gifted and talented Arts students and those identified as academically gifted. Over 90% of the students admitted to the school on an annual basis gain entry through a gifted and talented program or the soccer excellence program.

In 2000, after more than three decades of excellence in the arts the college was formally recognised and re-named to John Curtin College of the Arts. JCCA is committed to the development of creativity, innovation and imagination in every student through the pursuit of excellence in all areas of the formal and informal curriculum, with a special emphasis on the Arts.

The long historical development of the school has been well preserved in providing a historical representation of a variety of architectural styles. The earliest representation being the manual arts building, an example of Art Deco style, whilst the school's main facilities represent an Inter-War Functionalist style with the teaching facilities surrounding large central outdoor courtyards and landscaped forecourts.

The school is attractively located on some of the higher typography within the City of Fremantle, allowing for extensive views to Fremantle's historical port and Fishing Boat harbour, city centre, the ocean and Rottnest Island on the horizon to the west. These views are further accentuated by the openness and low rise nature of the surrounding locality with the land falling away gently to the north and the west.

The site for the new Year 7 teaching facility was located on one of the many tiered plateaus shaping the sloping terrain surrounding the main school central facilities. The new teaching facility was strategically positioned on the plateau to provide separation of the building from the sloping terrain allowing the opportunity to create a central courtyard and amphitheatre setting. The central courtyard setting being reminiscent with the courtyard style arrangements established in the school's early building forms.

The design of the building has allowed direct connections to this central courtyard and the landscaped terracing that serve as a functional backdrop and amphitheatre for outdoor activities, teaching, social interaction and school performances, encouraging diverse teaching and learning environment for both students and staff members. The courtyard with its northern orientation and main building bulk buffering the cold ocean breezes has created an attractive social hub for the students. A series of interlocking precast seating elements have been installed to both stabilise the sloping ground and provide for a theatrical amphitheatre within the landscape setting.

The new facility design provides a refined elegant building solution that has evolved from a purity of efficient structural logic, avoiding transfer slabs and costly construction and a clear aesthetic form cantilevering towards the magnificent views of Fremantle’s port and waterfront activities. It endeavours to contribute to the existing architectural vibrancy of the college and add a new archetype reflective of this present period.

Combining a simple palette of construction materials, the smooth finished neutral concrete panels contrast against the almost Mondrian style composition of the colourful infill panels. This composition of simple and robust materials are elegant and finely detailed. The project has incorporated ‘best practice’ environmentally sustainable design initiatives through the use of both passive and active building features and systems.

The design is cognisant of improving the learning environments by providing strong connections between the internal classroom and teaching areas with the external environment and surroundings. Large flexible classrooms expand into activity spaces allowing multiple classroom interaction and flexible teaching modes to develop. Large windows between the external environment, classrooms and activity spaces provide a strong visual connection through the various learning environments, serving to strengthen one's sense of place, identity and belonging.

The dance studios occupy the upper levels with large volumes and magnificent views to the ocean and surrounding Fremantle and linkages with the school's provenance. The upper level terraces and a connecting bridge act like theatre stalls with views to the terraced amphitheatre courtyard below, serving to provide opportunities for outdoor performances and other arts related activities. During day to day activities this internal space acts as a busy student hub sheltered from the windy conditions and saturated with warm northern sun.

In 1989 the Western Australian state government introduced the Percentage for Art Scheme with the main objectives to improve the quality of the built environment and the value of public facilities and to create opportunities for artists through commissioning of public artworks using an allocated percentage of the cost of the project.

JCY Architects, through many projects, have embraced this Percentage for Arts scheme and embraced the opportunities to foster stronger collaborations between architects and artists, through early engagement in the design process. This project exemplifies this collaboration and strong desire for the integration of art and architecture.

JCY Architects established a number of parameters in the initial building concept that could incorporate an artistic design approach. Artists Dawn and Philip Gamblen were selected through a review process having presented what was considered the most interesting approach conceptually, thematically and visually creating a sense of dynamic energy and liveliness through strategic placement of repeated forms.

The artists worked closely with JCY Architects in developing a number of integral artworks incorporated within the fabric of the building. A sculptural veil wraps the building facade, perforated patterns encase the stairwells and embossed designs adorn the concrete panels, contributing to the architectural design serving to provide colour, pattern and texture in contrast to the selection of simple clean construction materials used for the main building framework.

The most striking of these artist interventions is the complex folded screen developed from the simple geometry of the golden right triangle, which can be infinitely dissected to form a logarithmic spiral. Through a complex tessellation of this simple triangular geometry an intricate pattern has been created, serving as a facade sunscreen component contributing to the overall architectural design.

Three very unique folded aluminium components have been assembled to create a singular 3 dimensional Mobius element. Over 300 of these folded Mobius elements were then installed and assembled over the building facade, generating a constantly changing play of light and shadow and sense of dynamic movement to the all-encompassing architectural design - an enriching creative collaboration between art and architecture. 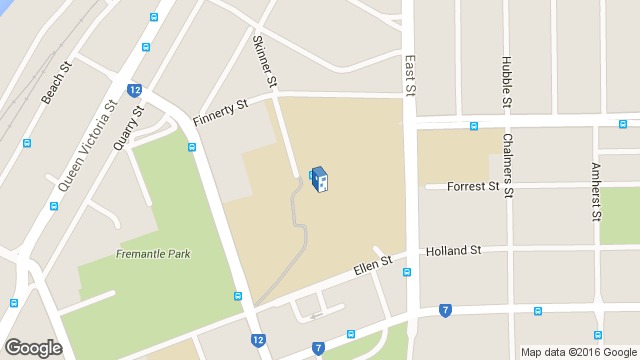