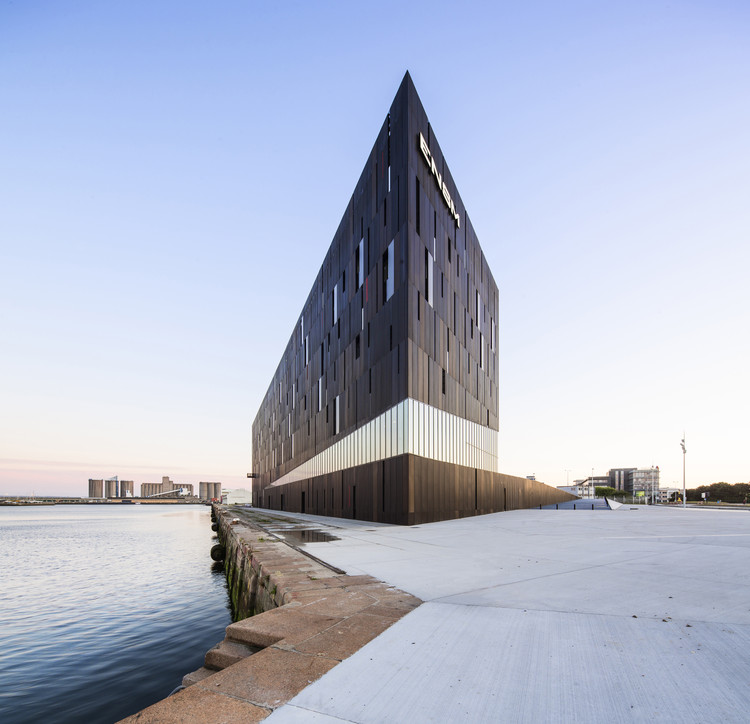 Text description provided by the architects. This urban development is anchored in the relationship between the city and its docks; its morphology, its character and its texture all bring to mind ocean-faring vessels. Its position, parallel to the quay, places it in a direct relationship with the basin and the port. Over a 100m stretch along the quay, the building grazes the waterfront on one side while stretching towards the city on the other. From the entrance to Le Havre, its prow cuts a lean figure, rising towards the city. It stands out among the initial views of the port as visitors enter the city along the Vauban basin. Set between earth, sky and sea, the school seen from afar suggests a ship on the high seas, but also the great selachians of the deeps.

The ground below the building raises it, as does the chiselled glazed aperture marking the reception area on three façades. A spatial continuum develops from the basin to the roof of the building, creating a transition between the water, the ground and the sky. This ascending sequence begins at the quay, opens onto the city with a raised forecourt, and continues with a "stairway street" through the four levels of the structure leading to the upper deck which enjoys panoramic views of the port and the Seine estuary. The metallic latticework (anodised aluminium) with its dark reflections fluctuating throughout the seasons, the time of day or with the weather makes this a vibrant marine and urban structure.

The elegant interaction between solids and voids reveals its internal structure by meshing transparent and opaque surfaces. The envelope, with its great lacerations, rises from the ground, following the folds of the ramp towards the interior and disappears at the level of the attic, where the structure meets the sky. The slant of the skyline from belvedere to prow, as well as the appearance of chimneys of light directly above the stairway-street reinforces the impression of a ship with a dark hull. At night, however, the vessel becomes a lantern: the lights arranged in the space between the two translucent skins reveals the structure. The design was developed around the idea of making the building a learning tool whose internal organisation mirrored that of a ship. This original concept of a Ship in School draws upon the legacy of the old school boats. The aim was not to create an actual boat, but to adopt its structural principles.

The students are immersed in conditions close to actually being at sea, in particular with the simulation "machine" rooms, a marine engine and ten "gangway" simulations over the three levels. AIA set itself the architectural challenge of considering the entire school in the spirit of a "school boat". The entire structure is configured in this way: from its forecourt which suggests a boarding gangway all the way up to the upper deck, through the machine room, the technical premises in the hold, the sixteen rooms and the four amphitheatres with a view over the basin. Beyond the specific spaces commissioned for the project, the various indoor spaces are treated in the same way as a ship, where technical elements are visible and omnipresent. It is not necessary to conceal these technical elements, the needs, aim and operation of which students must come to understand. Heating, ventilation, plumbing or various electric networks: the utilities for the ENSM project resemble those of a ship in all respects. 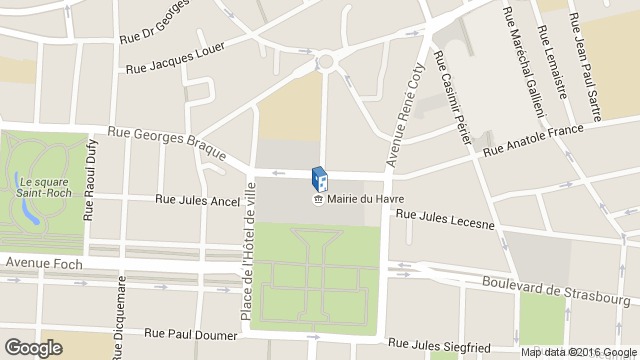