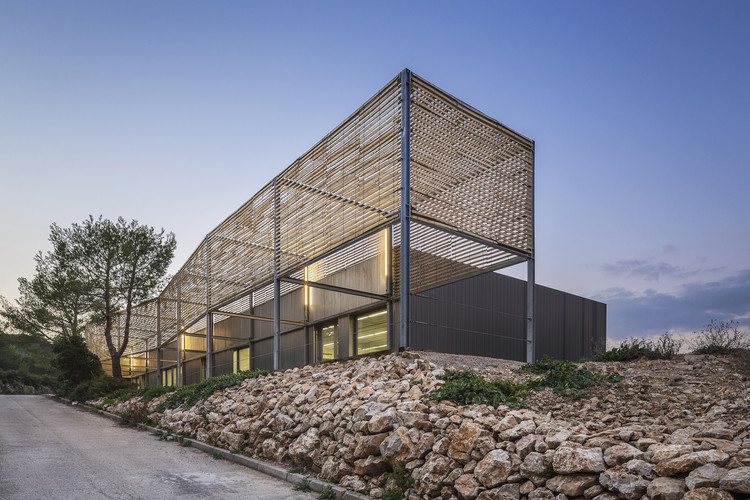 Text description provided by the architects. Building its first building in an architectural school is a risky business, especially when its architects were sitting on its benches just a few years previously. It was a matter of doing a prefab, temporary and inexpensive building in a process of design and realization. How could it be made more than just a plain, prefabricated bungalow? How could it find a place in the architectural whole of the ENSA-M? What architectural values could be given to this building to be worthy of welcoming architecture students? Behind these questions lay the heavy technical and regulatory issues due to the site's very strict regulations (in a high-risk fire zone, a venue subject to the ABF codes, its location next to the Parc National des Calanques, etc.) that made it almost impossible to build a light industrial building at €1,200 per sqm.

The École Nationale Supérieure d’Architecture de Marseille is located in an exceptional setting with remarkable qualities for movement. Built in the sixties by architect René Egger, the École d’Art et d’Architecture (connected by a covered bridge) is a fine example of modern regional architecture.

Sitting on a north-facing slope, its architecture is characterized by various buildings spread around the site. Large white, simple and pure volumes marry and continue the curve of the land. They are linked by steps and covered galleries. They are organized around these galleries and courtyards like so many flashbacks of typical Mediterranean shapes.

The extension in 1993 by the CCD Group (Chabrol, Cérrito et Daniel) was seen as an opportunity to rework the overall conception of the block plan that came to be considered too tract-house like. An indoor street was created by doubling the «main block» where the main facilities such as the new lecture hall and cafeteria were inserted.

The school was structured on a cross-design with the indoor street perpendicular to the mostly outdoor street that acted as a link to the beaux-arts school and the library and off of which most of the workshops were located.

The extension is part of the continuity of this «architected landscape». Keeping to the composition of the block plan, the existing system is extended, and a new «branch» has been created for horizontal growth. The building/outside traffic dialectic has thus been reinvested in.

The project unites the three ground-level workshops in a simple, autonomous volumes connected by a gallery space that runs along the southern façade and reinterprets the campus’ passageways. The proportions are close to those of the existing big workshops, and the alignments reinforce the sobriety and the idea of belonging to a whole.

From Outdoor Arrangements to Highlighting the Building

The building stands on a high platform to take full advantage of the promontory’s exceptional location, the fact that it gives onto the chain of hills to the south and its isolation. With a playfully variable sizing of the paving stones, this new butte is composed of the stone salvaged from the terracing. The conservation of the existing trees was an opportunity to invent a mineral landscape of rocks and wild gardens where the pathways are integrated in and give structure to the venue.

The surroundings are highlighted by details and raw materials that required local know-how and contrast with the industrial, prefabricated nature of the building (wooden edge, concrete stairway, local dry stone walls and paving-stone embankments, etc.).

The work of incorporating the extension into its environment by using local shapes has been counter- balanced by having to be distinct from what already existed. Layered colors depending on the façade’s orientation define the volume as an autonomous object by giving it abstract value. The colors are of the soil, pine-three bark and the plantlife of the inlet (calanque).

Darkish, the façade facing the ENSA-M building’s side is clad with vertical metallic strips inspired by the dark tones of the natural location. On the vine arbor side the façade is rougher with cladding in corrugated iron to better confirm its belonging to this harsh, barren space opening onto the landscape. Arte Povera is the hallmark of this project, very present in the architects’ questioning of reality.

The “Gallery”, a Shared Evolving Space

This new passageway in the ENSA-M is a lane, a terrace and a corridor, a multiple space good for working outdoors (model making, photography, a place for exchange and openness, for presenting work and exhibitions) shared between the three workshops.

In the form of a vine arbor running along the southern façade of the new workshops, it is an in-between space protected from the sun by a natural chestnut-rush fence (a device borrowed from farming) set into the galvanized steel frame. The overall galvanized steel structure is conceived and sized to form a free frame as a support for spatial experiments, i.e. arranged volumes (floor, netting, outdoor mezzanines), partitioning and closure (installation of tarpaulins for creating winter gardens, for example), various hangings, etc.

The three workshops are walk-through, autonomous and identical (same surface area, orientation, access and light). They are placed side by side without any inner access but can be entered from the south and north façades which are punctuated with wide, triple- glazed windows. This arrangement realizes a high level of compactness while ensuring natural lighting right to the back of each workshop.

The workshops are separated by storage space and open offices that isolate them and promote great ease of use. Like genuine evolving industrial workshops, they have a rough concrete floor and ceiling electrical-supply tracks to fully cover the rooms as a solution for multiple uses and possible modifications (partial partitioning, half- rooms for work groups, etc.)

The simple model of the algeco-type bungalow is avoided by using an industrial system connecting self-supporting façade and roofing that ensure 11.25 m of clear space without any intermediary support points and a clear indoor height of 2.80 m (as opposed to the usual 2.5 meters in modular building).

The building process is simple. It starts like a «traditional building» by laying a concrete slab on the ground with outlying foundations. The façades are then delivered as wood/metal sandwich panels of various lengths and 1.25 m wide and are installed by slotting. A crowning belt holds the façades by their tops and receives a long- wave dry tray that makes it possible to carry wall to wall without support and with very little slope.

The whole is then insulated from the outside and covered. The structural prefabricated panels by OBM are left bare for inside decoration (coated steel sheet without finishing), ideal for a workshop. The construction simplicity and project rationalization are ensured by requiring only a few days to raise the building and a total of 5 months for being fitted out by all building trades. 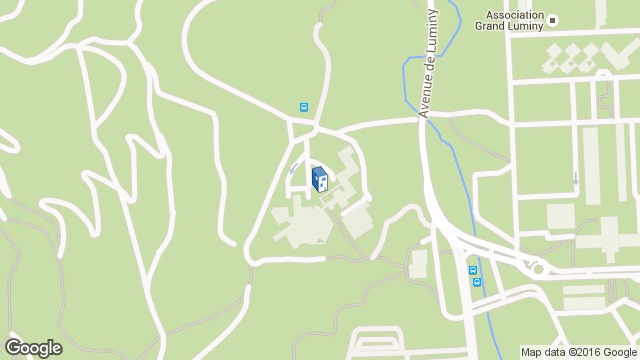