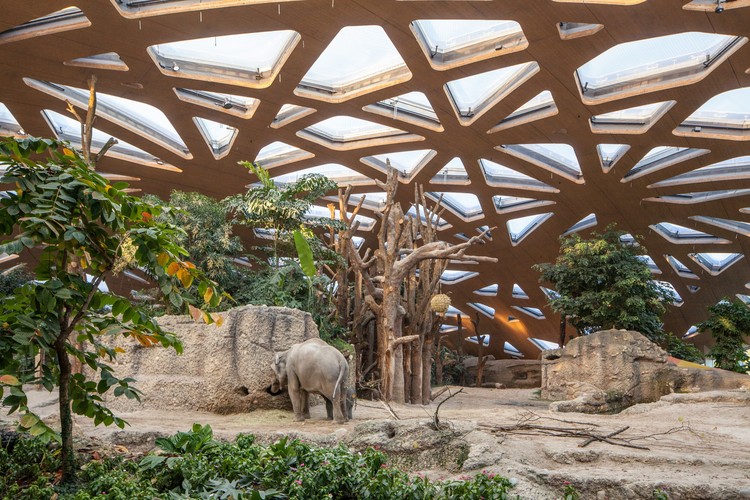 Text description provided by the architects. The new elephant house in Zürich Zoo is embedded in the extensive landscape of the newly designed Kaeng Krachan Elephant Park.

The characteristic element of the new elephant house is its striking wooden roof which blends into the landscape as a shallow free-form shell-structure. The roof dissolves into a transparent mazelike structure that establishes an organic relationship to the surrounding forest. In the interior the roof unfolds its atmospheric effect: as if through a canopy of trees the sunlight filters through the intricate roof structure generating constantly changing light atmospheres.

The roof is designed as a shallow, free-spanning wooden shell. Prefabricated triple-layer panels were bent on-site into their form and nailed up. The openings were cut out on-site from the massive wooden shell. The continuously changing façade structure consists of lamellas that seemingly grow up to the edge of the roof as an organically shaped band indicating the loadbearing areas.

The iconographic shell of the roof together with the dynamic façade form an atmospheric envelope and pictographic “Nature-Construction” concentrating the essence of the design into a symbiosis between architecture and landscape. 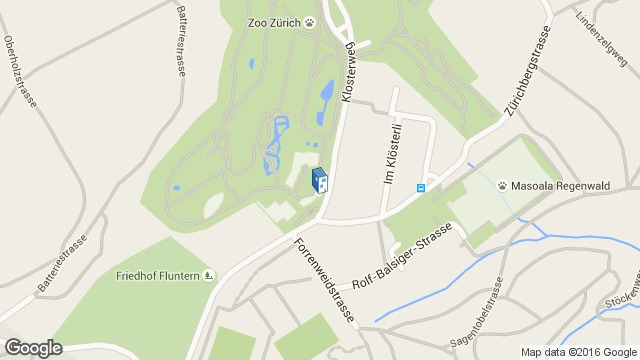 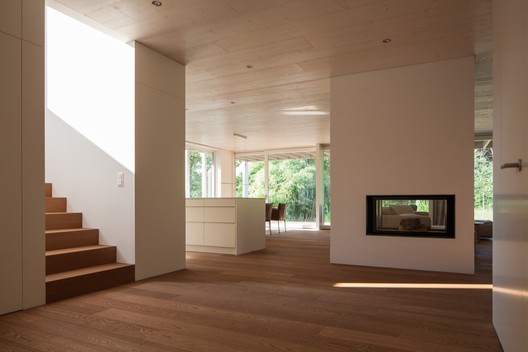 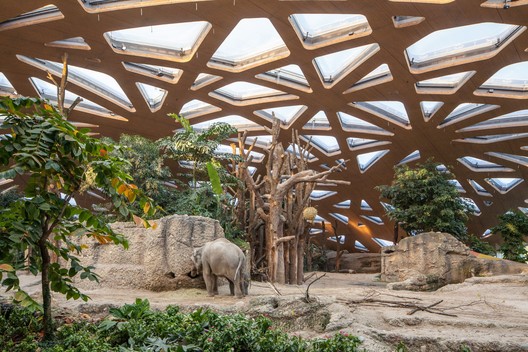