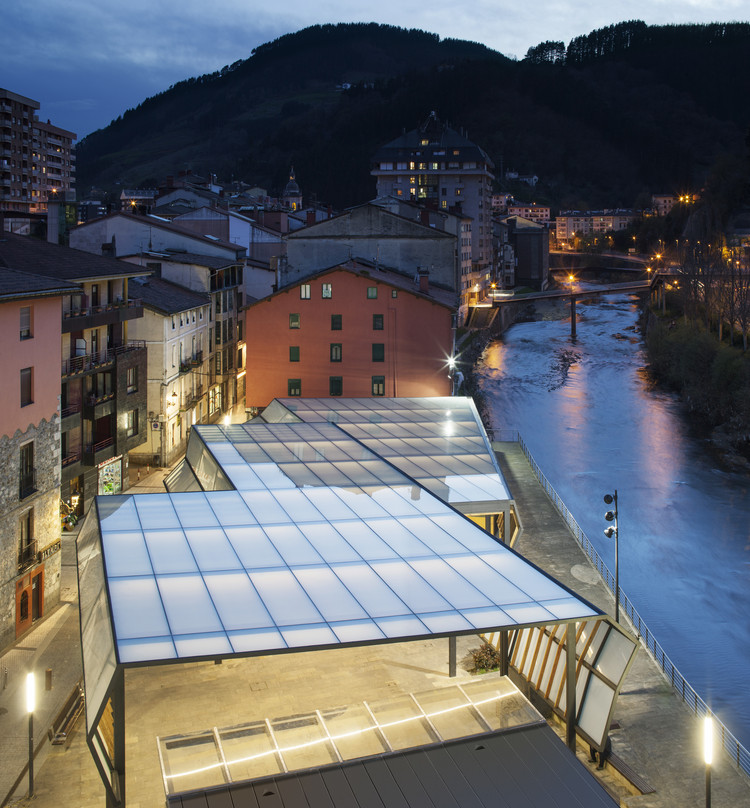 Text description provided by the architects. Maala Square is, together with Kalegoen Square, one of the most important living spaces of the town of Elgoibar. In contrast to the cartesian nature of the Kalegoen Square, where the presence of the Town Hall and the influence of the San Bartolome church create a mainly formal open space, Maala Square has always been a vital place, sensitive to the problems of his time, and constantly moving.

The proposal aims not only to cover this significant public space, but to keep its changing and informal character. The new deck distinguishes two areas, as the recently completed reform did (just four years ago); one is a specific area for children's games, and the other is a multifunctional area that includes an already covered stage, which is intended for musical performances , theater, etc ,. In the following, the major decisions that have been taken and have tried to transfer to the deck proposal are summarized below:

- The project pursues a unified image of the cover, but without giving them adapt to the characteristics of covered space features (height, protection, ..).

- The cover wraps the top and sides of the covering spaces, trying to create a pleasant, warm and unique place, and seeking the optimal acoustics for music, theater performances, etc.

- Therefore, under the glass roof, a layer composed of wooden slats arranged vertically is proposed. This layer contributes to improve the acoustic characteristics of the indoor spaces, while sieved sunlight coming through the window area.

- The different levels of openness between the vertical slats creates various degrees of shade on the days the solar incidence is higher, while the level of illumination in the days overcast is still high.

- Primary and secondary structures are made of steel, the most suitable and economical material for this task.

- As far as possible, the street furniture and the existing vegetation were respected. It is a newly renovated urban space, so that significant changes in its configuration were not required, excluding obviously the cover of the space. 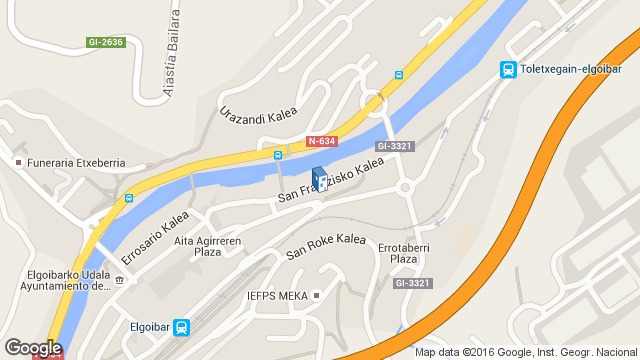 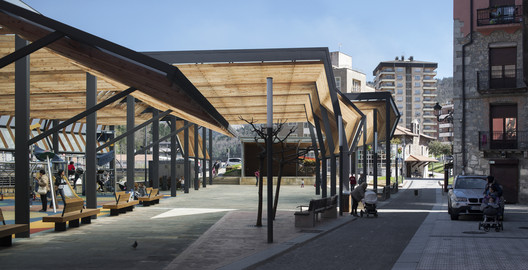 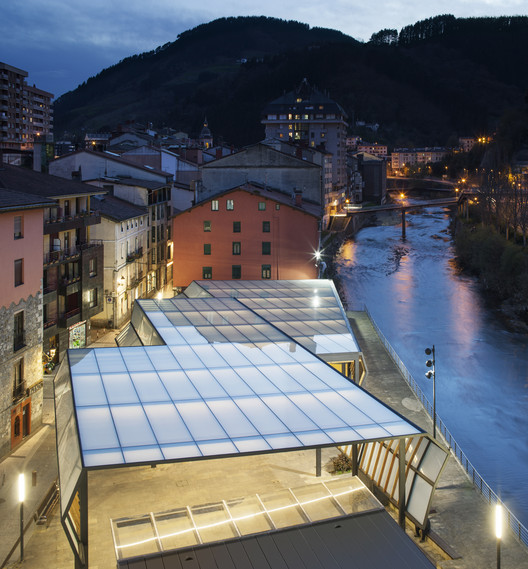