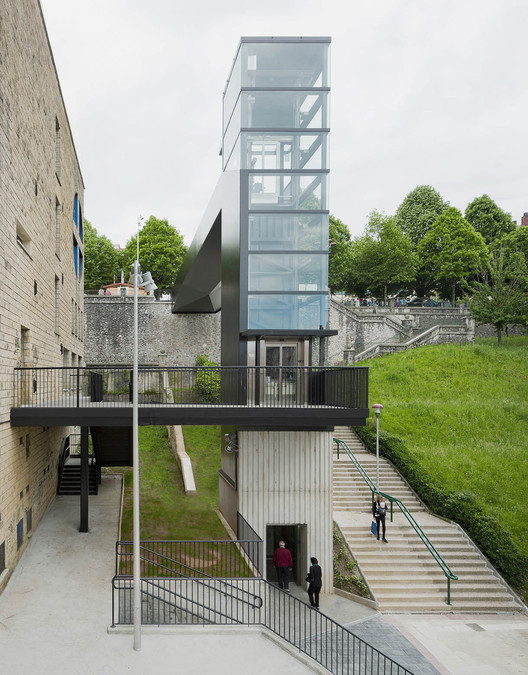 In the natural evolution of a city towards sustainability, Accessibility may be seen as a key element, capable of providing opportunities for all population segments of citizenship. The elevator connects Latsunbe-Berri district with Urbieta Street, but also blurs an important topographic difference of level, that until now, it caused the fracture of the center of the town of Hernani. This way, this infrastructure serves as a link between the old town and new town developments on a wide scale, while on a closer scale, serves as a link between the Sports Center and the Health Center, providing accessibility to these important public facilities in everyday life.

The construction site has been strongly influenced by the presence of the Sports Center, which is opposed to a green slope that connects, from a landscape point of view, with the distant mountains. The pedestrian bridge uses this double situation, to close to one side and open the contrary, relating the users, from the elevator inside, and while passing through the pedestrian bridge, with the nearby woodland and the faraway landscape.

Functionally, the emergence of concrete tower on the lower level, let us build an access space that by incorporating a wood bank, articulates the elevator with the existing urbanization. The elevator intermediate stop, which solves the accessibility to the Pelota Court of the Sports Center, also functions as a large cantilever covered space. On arrival at Urbieta Street, the widening of the pedestrian bridge also builds a generous area, inviting passersby to approach.

Through this kind of language, the whole tower and pedestrian bridge propose to organize the urban environment in which they are located. The black color of the set gives abstraction to the piece, which offers two opposing faces, the one of the lightness to the landscape, characterized by the use of glass, or thin banisters, and the other the rotundity of the monolithic black piece, which tries to dialogue with the huge scale of the Sports Center. 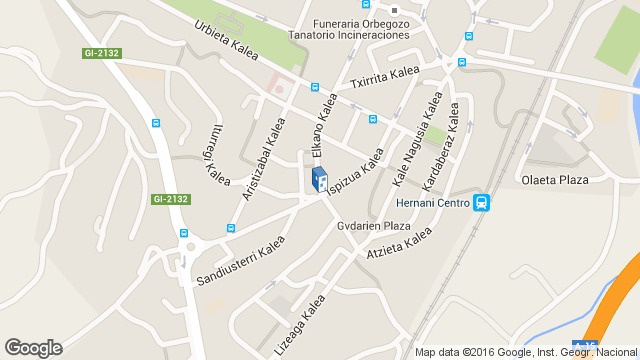