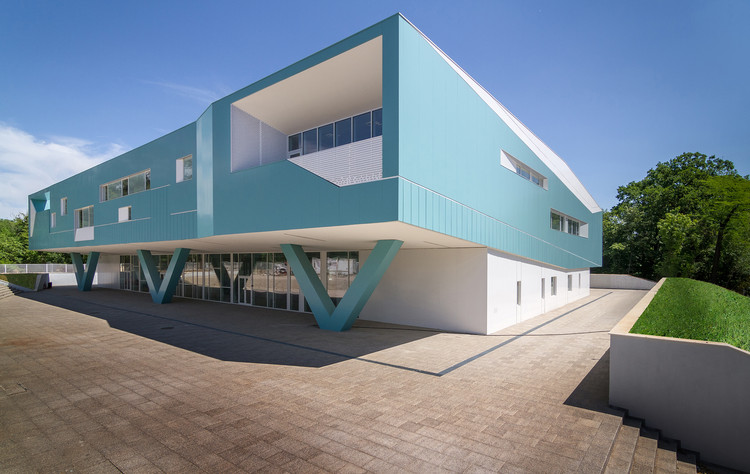 Text description provided by the architects. We originally wanted to design a semi-buried building. After starting the project, a foundation was found at 4m depth and we had to lift up the building, but the solution to mask the ground floor remained.

So instead of building fences to the Street (sos.Cotroceni) we drew a long plant-holder which makes mediation between private space and public traffic. Apparently it remains only 1-st floor. This approach has given us various elements and connections with fences and gardens.

We got a game that takes strong tectonic line into the building’s composition. The idea of a building semi-visible, between urban gardens, helps to harmonize with the composition space of Botanic Garden downhill.

Turquoise is a color that is close to what we wanted originally (copper patina) and offers a refined game in the winter… where white parts and refractions are seen as snow cuts.

Vertical stereotomy is introduced to maintain building soberness. Although the building represents a sophisticated computer, we have prepared this building for various functions, which may change over the years without changing its architecture… 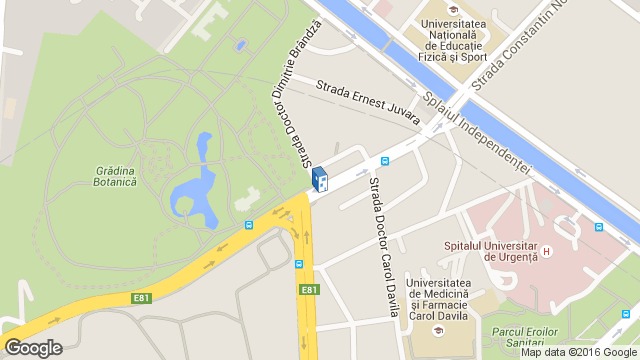