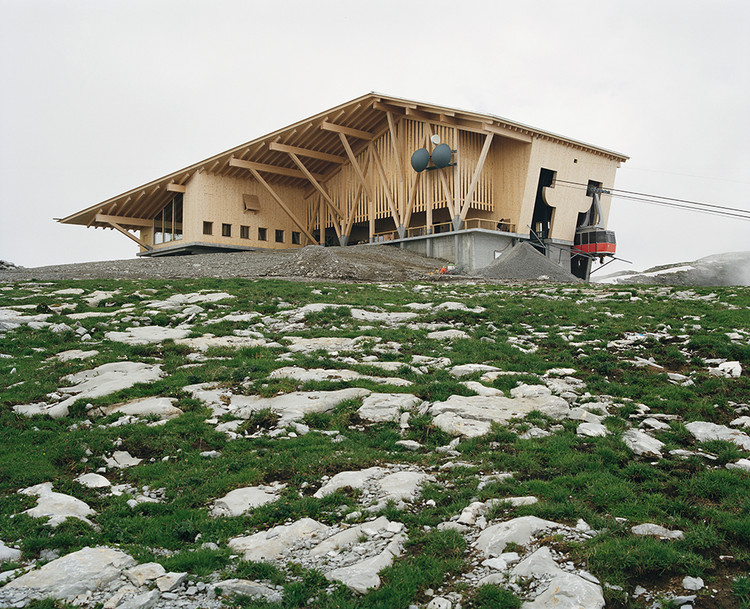 Text description provided by the architects. The Chäserugg at 7420 feet is the easternmost peak of the seven mountains that make up the Churfirsten Massif. It rises up gently from the Toggenburg to the north and becomes a steep cliff to the south, plummeting almost 6250 ft down to the Lake of Walensee. The high flat plateau formed by the Hinterrugg, Rosenboden and Chäserrugg stands in great contrast to the steep, precipitous walls of the cliff. Behind this impressive topography, the backdrop of the Alps stretches all the way to the horizon. The region has been accessible since 1972 via the Unterwasser-Iltios-Chäserrugg Cable Car and can be reached in less than an hour from Zurich and St.Gallen.

Ever since the cable car went into operation, the restaurant has been provisionally located in the housing originally built for the construction workers. Now it has been torn down to make room for a new restaurant. The station, a pragmatic steel structure on a concrete foundation typical of the 1970s, has remained and been clad in a different façade. The new mountain restaurant is placed perpendicular to the station, extending horizontally along the mountain panorama towards the south. A large roofed area connects the two structures and creates an outdoor arrival hall.

The new station Is constructed in solid wood on a concrete foundation. It was prefabricated by local craftspeople in the valley and assembled on top of the mountain in the course of a summer. The interior was completed the following winter. We decided to use wood because we wanted to echo local tradition. Equally important was a thoughtful exploitation of resources: except for the crane, which was transported by helicopter, all of the parts required for the building were transported by cable car in the course of its regular runs. The excavated earth was used to make the concrete and also as an ingredient of the gravel surfacing.

The restaurant is a long, flexible space, its atmosphere marked by the repetitive woodwork from locally sourced spruce trees. The low-hung roof resting on closely placed columns is the dominant element of the building with a covered terrace in front. Glazed on three sides, the restaurant offers spectacular views of the scenery. Niches with built-in benches and tables occupy the fourth side of the room. Each niche has its own window and thus its own framed view of the mountainscape. 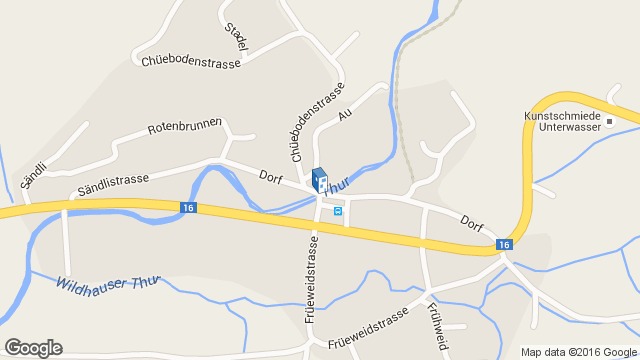 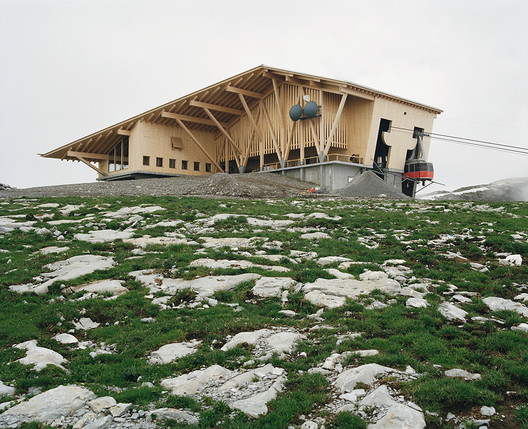