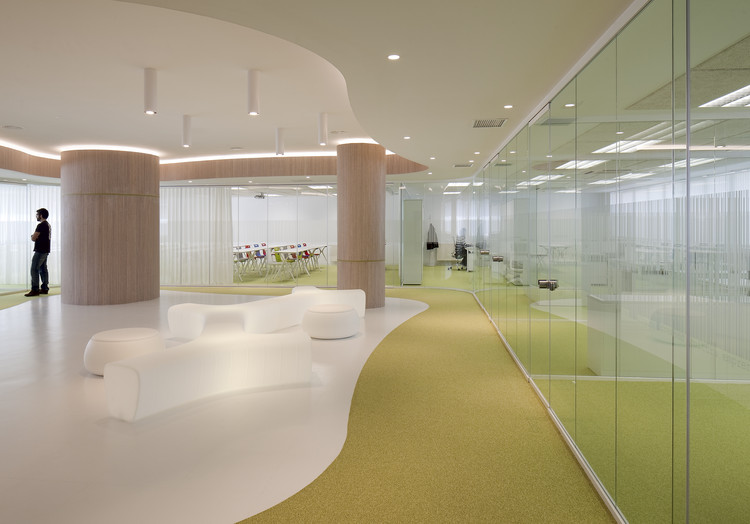 Text description provided by the architects. The Santander International Entrepreneurship Center (CISEin spanish) has carried out the project of generating a new space aimed at activating and improving new oportunities in knowledge, which would feature among the great technological reference centers worldwide. With the support of Santander Bank through Santander Universities and the University of Cantabria, the center develops entrepreneurship programs on academics who wish to start and enable the start up and business ideas that they promote, within an innovative collaborative environment.

The tender report layed out a complex program of requirements designed to fullfill every demand, both function and concept approach solutions sought alter by the different entrepreneurship programs carried through in the Center.

The chosen idea first developed based on the premise that a space should function as a true engine for ideas, and where, according to the designing team, the project main lines should be defined by the people; curved and winding lines which flow all over the space, emphasizing the sensation of dynamism and generating the link with the surroundings we tried to introduce.

All intermediate elements existing in the space were eliminated to allow for the north/south relationship to reveal itself. Once the generated light was distributed and controlled, it provided the starting point from which the creation of a “human scale” architecture could be achieved, resulting in several micro architectures of continuous, intertwined spaces, like an ecosystem on its own, with the intention of creating an internal nature itself, isolated from the surrounding urban environment and integrating into the space created elements such as wood on walls as trees, green and white ground evoking the grass and light can generate their own micro climate.

The project adopts classical models as references, The Agora (La Plaza) and the Amphitheatre, which make up the backbone of intervention.

ThePlazais conceived as a true focus space, which allows for encounter and meeting. It dialogues with its surroundings acting as the project epicenter and rendering a pleasant sense of welcome in its curve lines which connect and extend thorough the floors and ceilings by the perimeter light scattered about.

The Amphitheater (coworking) has a very special purpose. The space is devised as terrace system around a core in which equipment with movable and flexible elements are incorporated. Such system works towards enabling connection and cooperation, enhancing the potential for knowledge learning.

All the essential spaces are arranged around the square, like the Entrepreneurship hall, which, thanks to a movable glass curtain, can be converted as public or private as desired. Here is also where elements in which the color palette has a major influence are incorporated. The desired chromatic balance is obtained through “ordered chaos”. Special attention has been paid in relation to equipment and preference has been given to flexible, foldable and easy to transport tables. Comfortable stackable chairs that can be used in several different setups complement the furniture choice.

Around this main square, intertwined private looking but very much public spaces optimized the use of resources in a friendly, functional and operative enviroment where those committed to the creative process can connect and benefit from a meeting zone where offices open to the central space with the intention to be part of it, and being both nourished and coexisting.

The offices and the main work zone are set in the same way creating structures which function independently and where the equipment to favour concentration is strengthened inside a very friendly work enviroment.

Inside this machine a cozy personal space is created for these moments of concentration where it is needed an almost complete isolation. The column with the most dimensions has a bench and a table which allows for access to this intimacy inside a comfortable and closed space, this cell where one can take shelter and put the thoughts in order

All the ensemble stands out because of the emotional balance between the aesthetic and the technical, with a very restrained color palette which gives the space a stability which dazzles with its architectonic simplicity. 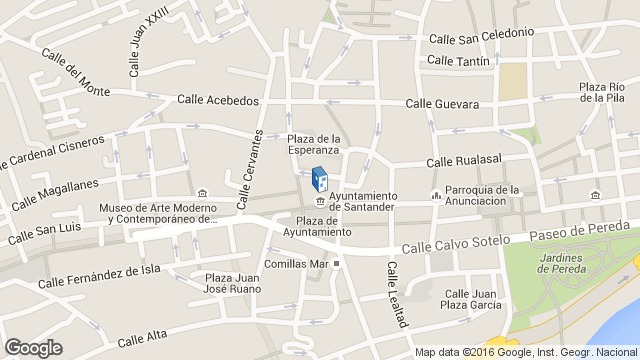 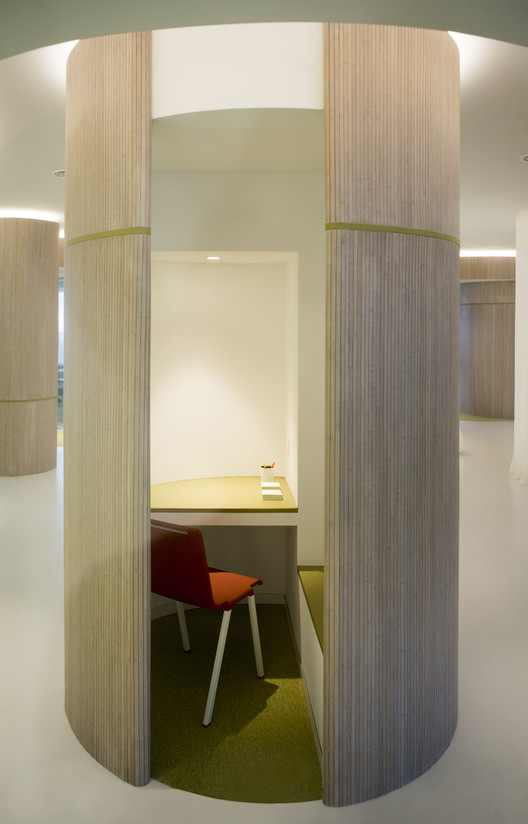