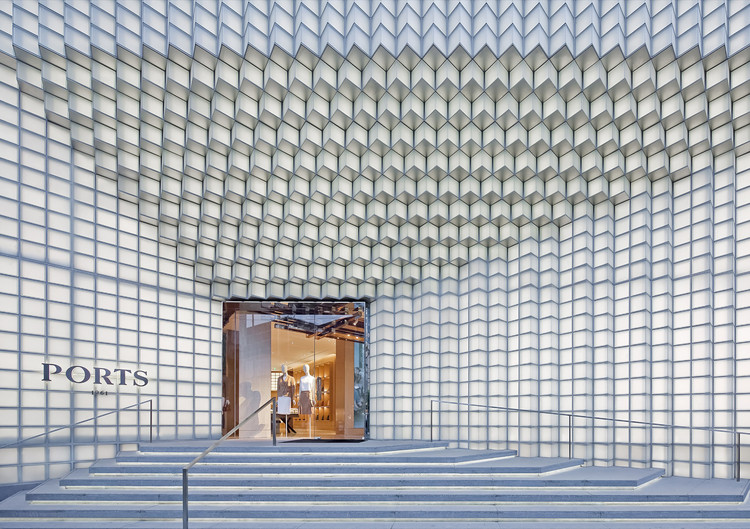 Text description provided by the architects. Located at a major high-end commercial district at the intersection of Changde Road and Nanjing West Road in Shanghai, a new façade is created for the fashion house Ports 1961’s flagship store. The facade is representative of the future vision of Ports 1961 that brings together its origin and evolution.

The design evokes the idea of a landform that resembles an iceberg floating freely in the ocean; the building having a sense of being undulated, expanding and contracting, as if shaped by its environment. The facade demonstrates the possibilities of design experimentation, showing the transformation of form, material and technology, while still bringing aspect of both traditional and contemporary interpretations. The structural grandeur of the building attracts attention while its ambivalent nature is uniquely changing with its surroundings.

The combinations of the two types of glass block create a sculpted three-dimensional façade exhibiting cantilevered structures. By incorporating innovative structural engineering and inventing a new joining system in the block itself, an elaborate ornamental stepping canopy is achieved that naturally angles to the flow of pedestrian and allows for four bow windows to be visible from all directions.

The usage of satin glass block and shot blasted stainless steel material is in great contrast to the chaotic city. During the day, it mutes the surroundings, while subtly reflecting the sunlight. In the evening, the view is icy and crisp, and the surface illuminates with embedded LED lights integrated into the joints of the masonry. The differing geometries and changing perspectives of the facade expresses the transformative nature of the city and the people of Shanghai. 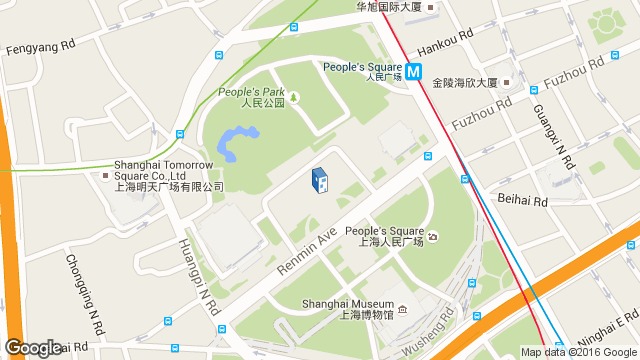 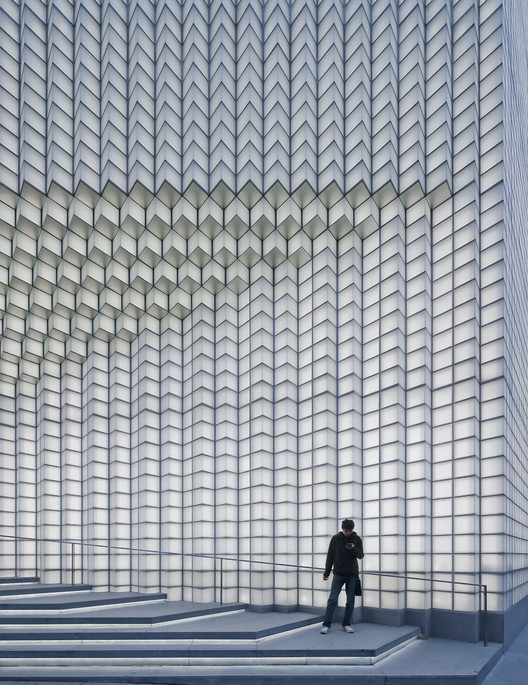 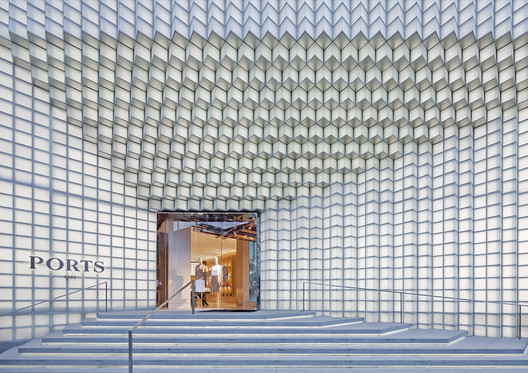