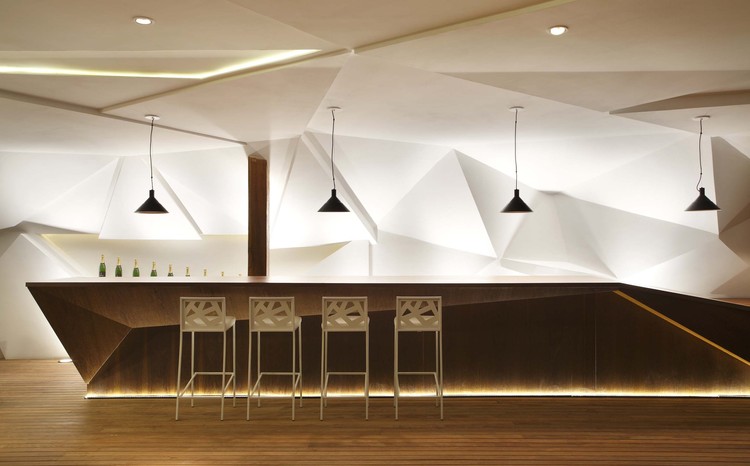 Text description provided by the architects. Designed by architecture and design firm Studio Otto Felix, Nosotros bar merges an elegant, light, straight architecture, with few plans to strong artistic elements that take sides of the two only existing walls and ceiling - completing the goal of creating something unusual and striking that combined with bartender and co-owner, Rafael Araujo´s sophisticated drinks.

The project is a 140m square open building built in a square with only six pillars and two walls, which support a light cover inclined to the end, creating openings directed to the busiest areas, bringing the outside sensation into the interior, directing the public attention to the bar.

The background wall, receives a 11 meter wide faceted plaster sculpture, which goes under the roof, serving as a backdrop for the counter. While the second wall, covered in são tomé stone, works as a physical barrier, organizing the layout and offers a warm reception due to the fireplace nook and built-in wine cellar to attend the lounge.

Despite the dry walls, the structure, the pillars, the beams, the floor and the ceiling are made of wood, granting the welcome needed for architecture, stating the concept of Spanish tapas bars, that are strong and linked to earthly things, giving rise to our preference for natural elements in this project.

To the bar counter - key point of the project - was drawn up one sucupira wooden piece of 8,15m, following the style of the plaster sculpture. The counter as a stage stays in evidence by the white sculpture that embraces it. The lighting valorise the faces and creates at the same time a sense of casualness, in addition to organize the layout with recessed light and clean pendants bringing harmony to the project.

The layout was also very important to achieve a dynamic of different uses and public. At 140 square meters we have the bar counter, tables, and a lounge composed of a large four sides modular sofa that attends both environments; the one with fireplace and wine cellar and other more relaxed with low tables resulting in a very welcoming space.

The furniture choices were very important to meet the desired objective which was to create an elegant architecture and at the same time with great strength and personality, so we did some traditional choices such as linen chairs, wooden armchairs and tables that contrasted with the distinctive stool design. 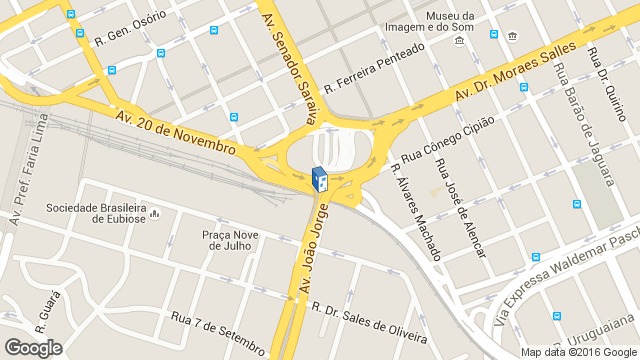 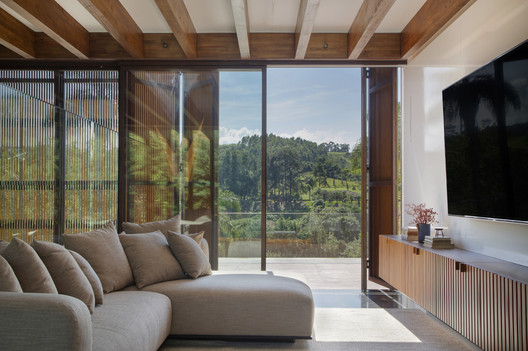 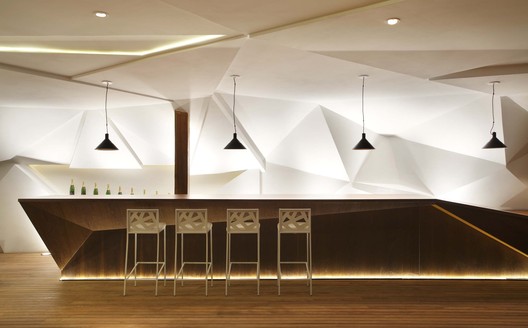