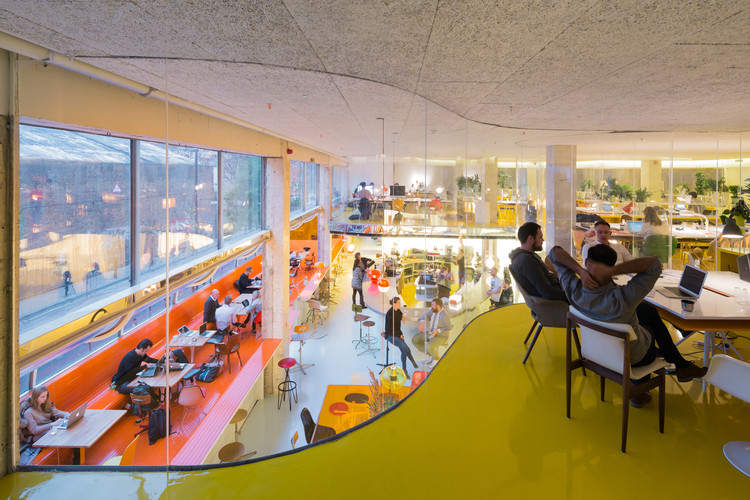 Text description provided by the architects. secondhomese is located near Spitalfields in the East End of the city of London, next to the yet alternative Brick Lane market. It is a concept of shared workspace (co-working space) that hosts some 30 companies that are as alternative as the neighborhood, small scale, and quite related to technology. The possibility of renting the different studios is multiple and very elastic in time, and these vary from a single place in a large common area with room for up to 75 people, through studios for 5, 7, 10 people, up to the largest studio which can accommodate 20 people maximum.

But more importantly in the program are the common spaces that can be used by any member: There are seven meeting rooms, several rest areas where you can read or chat, a spacious cafe-bar, where coffee is free and you can eat at noon for five pounds, and a mixed area of work-events where the large work table rises to the ceiling to leave the clean room for any activity, ranging from yoga and morning pilates to evening concerts, parties, dinners, conferences, film ...

Until we started writing this text, September 21, 2014, we have worked with this project in an intense and very fast process, all done in less than eight months, and now when the construction has already begun and the intensity is emphasized, because it must be completed by the end of November, we got out a small interval on a flight to a work that flies, allowing us to reflect a little on the project, its motives, needs and possible realities or virtues. We understand that one of the first questions that everyone will ask, ourselves included, is why is there such an exaggerated use of the curve, why a simple space with an orthogonal layout of original pillars, eventually becomes a complex space dense and at the same time smooth and continuous?

The answer to the first question is, in fact, so banal as all realities usually are: It is purely an economic issue. The concept of secondhome involved the unavoidable need, quite achieved finally, of occupying with small work spaces every corner and every area bathed in daylight, and, of course, the need to access each of these different areas spread the ends; the need for there to be nothing wasted, there is no corner that is not used for something, there is no angle where someone can't sit, work, talk or relax. This handling of the economy, in its broadest and original meaning, up to its maximum limit, is something that always leaves us very satisfied with the accomplishment; but on the other hand, this high density implies full occupancy and use of space to the limit, it becomes one of our greatest unknowns about how it will really work in the future, with so many people working together in highly concentrated areas.

Therefore, we try to limit this potential chaos that could result in a maze of complexity, with two tricks: First with a permanent visual and physical fluidity of the whole, which prevents you from feeling lost or locked in anywhere; and second with full control of the sound, not only with absorbent carpets and ceilings, but also the continuous curve that spreads the sound in all directions. And also to use this continuity as an antidote to the density, we achieve side reactions that increase the strength of the entire space, making it a whole, unique and united, appearing larger and endless. And that is exactly our question these days: Will it really be like this in the end? Will it really be a space in which the transparency and reflections run out while simplify and make it so complex that they open the space and make it infinite and cozy at the same time? And more importantly, will we end getting a space where architecture is dissolved in a homespun air, to do just that ... which is exactly what Sam and Rohan commissioned us at the start: An office as a home? ...... Or was it a house as an office?

"in five to ten years we will all work at home. But then we will need bigger homes, big enough to use for meetings. Offices will have to be converted to homes"  Rem Koolhas, The Generic City 1994 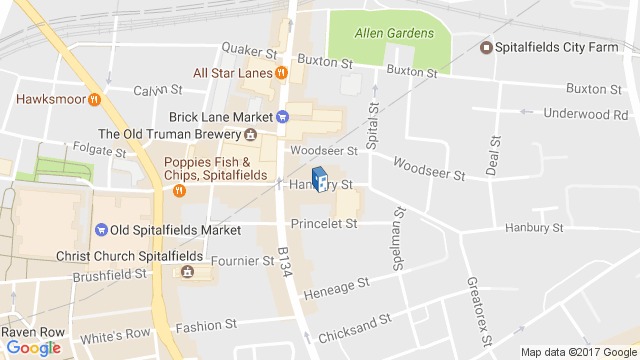