A team of students from Austrian-based Studio Hani Rashid at the University of Applied Arts in Vienna have unveiled their conceptual design for a Cirque du Soleil Performance Center in Brooklyn, New York.

With its interior and exterior blended together, the entire building becomes a stage. Featuring large windows that allow the public to watch performances and training activities inside, people on each side are both viewers and viewed.

The overall design of the building features two distinct curves that are based on the mathematical concept of the Gomboc, where an object has only one stable point of equilibrium on which it rests. 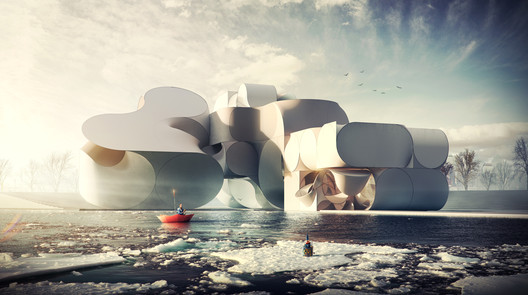