The United Arab Emirates National Innovation Committee has unveiled plans to build the world's first 3D printed structure with a massive, 20-foot-tall 3D printer. Though many structures have utilized 3D printing, none have been entirely built by using the technology. Everything - the building's structure, interior finishes, and furniture - will be 3D printed in sections and then assembled on site, according to a report by 3DPrint. The 2,000-square-foot building will then be used to house the Museum of the Future headquarters in Dubai.

“This project reflects the vision of our leadership here in Dubai,” Al Gergawi, the Chairman of the UAE National Innovation Committee explained. “The idea of 3D printing buildings was once a dream, but today it has become a reality,” he added. “This building will be a testimony to the efficiency and creativity of 3D printing technology, which we believe will play a major role in reshaping construction and design sectors. We aim to take advantage of this growth by becoming a global hub for innovation and 3D printing. This is the first step of many more to come.”

Construction is expect to last just a few weeks. Labor costs will be reduced by 50 to 80 percent and construction waste will be eliminated by up to 60 percent.

WinSun Global will lead the project with Gensler, Thornton Thomasetti, and Syska Hennessy. 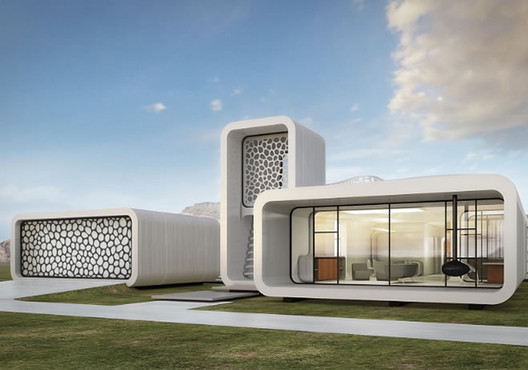