Text description provided by the architects. The building responds to the social demand of the city of Torrelavega of an independent space to accommodate adult school Caligrama, which until now lacked its own headquarters. Located in a deteriorated urban area, the new centre intends to be a connection with the rest of the city, serving as an integration element. A new iconic building that embodies a claim of the city is created as a reference for the future of the region.

At its urban planning level, the project is understood as an access to the future Miravalles Park. This premise defines the building location and ground occupation, in an attempt to release most of the plot as a public space for the city. Versus the geometric rationality of the School, the Playground building integrates in the park as a curved shape that refers to its leisure function.

The project is the result of a reflection on educational architecture and the conventional way of understanding the educational program. Instead of as a repetition of isolated spatial elements, we propose a transparent materiality that manifests how far architecture can influence the educational model and its development.

A transparency that turns the classrooms into open educational spaces, showing the teaching inside, reducing noise in the areas of transit and creating a common atmosphere that enhances the willingness of students, as has been demonstrated in numerous works.

The entire educational program is developed in a central core consisting of modules of 5x5 meters, forming a glass box that houses the administrative part on the first floor, laboratories and workshops on the ground floor and a total of 13 classrooms in the top two.

The circulation spaces and the relationship areas form a ring that surrounds the compact core, simplifying the transit inside the school and improving accessibility and use. The building enhances this way its inclusiveness potential allowing the center's activity to be manifested outside and improving the necessary interaction between the school and the city. 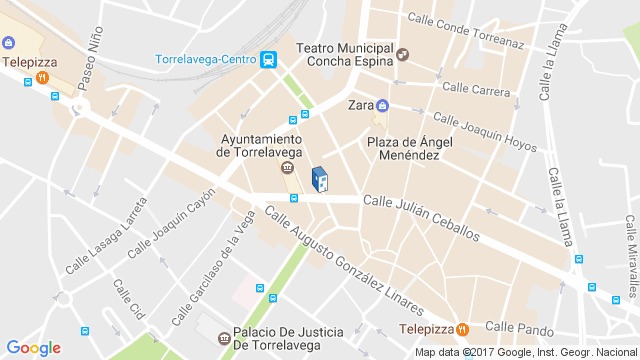