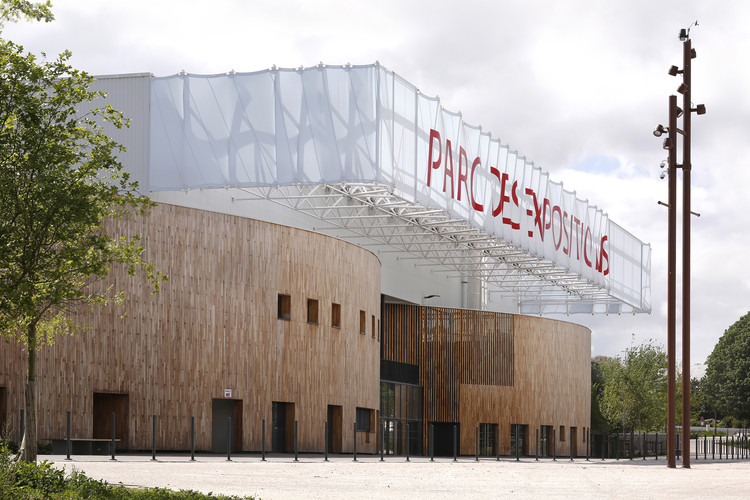 Text description provided by the architects. Following the collapse of Hall 2 of Caen’s exhibition centre, caused by the snow event in March 2013, we had to offer quick architectural solutions for its reconstruction to be durable, rapid and as inexpensive as possible. It was primarily the retention of the building foundations that guided us in our initial choices:

1. A three-dimensional structure in order to be as light as possible and achieve load distribution compatible with the new standards and the existing design

2. The creation of an almost flat roof consequent upon the previous decision and for significant improvement in terms of energy consumption and to avoid the risks of accumulation of snow

3. The reconstruction of firebreak side elevations separating Hall 2 from the other halls

4. The interposition of perimeter glazing using the internal walls as natural light reflectors

In conjunction, we undertook various operations on the main facade:

1. firstly, by grafting on its successive extensions with their voluptuous curved design, with solid timber cladding, extending its line;

2. secondly, by creating a distinct entrance lobby, which is accommodated naturally in this timber module

3. and furthermore, by creating a terrace that enables innovative exhibition design experiences and resolves a fire safety problem.

Finally, we wished to espouse the model of the major developments currently planned by the city authorities: in particular, the library designed by OMA/Rem Koolhaas, and Jean Guervilly’s swimming stadium.

Thus, we designed an ingenious porch, a sort of paper lantern that becomes a true beacon for the exhibition centre. A textile structure backlit by the sun during the day, the north façade transforming itself de facto into a south façade, the paper lantern is illuminated and lights up the night. From a distance, the building stands out and becomes a major landmark in the cityscape. Strategically located adjacent to the Prairie nature reserve, it is a prominent feature of the new Caen, together with the multimedia library and the swimming stadium.

The enhanced entrance to the building is sheltered by a canopy appended to the paper lantern.

Taking advantage of the total renovation of the hall, we simplified the fume extraction system installed during the previous extension; we also created additional emergency exits from the mezzanines.  Thus, we were able to significantly increase the exhibition surface area and enable better space utilisation in time for the World Equestrian Games in summer 2014. 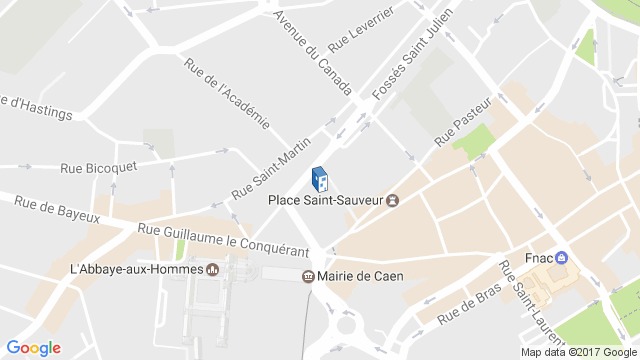