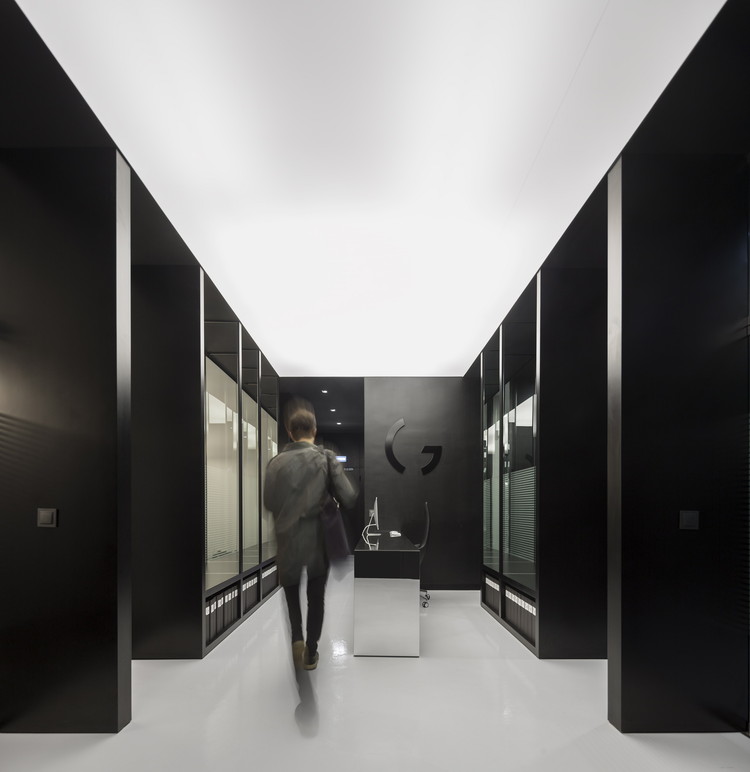 Text description provided by the architects. Located in the heart of Chiado (Lisboa), Gonçalo Leite de Campos & Associados is a new law firm founded in 2014 and specialized in tax law. The challenge was to create a whole new identity – graphic and architectural – of the newly formed office, with the main goal of reinterpreting the traditional concept of a law firm and its practice.

The interior design was based on the requalification of the pre-existing space as a reflection of the graphic identity created in parallel. Just like the graphic identity, it was intended for the space a complementarity between the sobriety of the structural lines and a contemporary concept. With an area of approximately 160sqm the idea was to rationally distribute the work spaces, reduce the circulation areas and create a flowing, more dynamic communication path inside the office.

The project started from a central core that marked the moment of arrival and reception from the exterior, simultaneously communicating to the other spaces (offices, meeting rooms, services and archives) both in a physical and visual way. The solution for this central area emphasizes the space’s own verticality that, even without direct light from the outside, entwines mirrors and surfaces in a game of artificial lighting that reflect the light from outside. The structure between the different spaces is made of a wooden lacquered in black and serves both as divider, place to sit or archive. The adjacent rooms to the central space communicate with the latter through an organic game of interspaces, with opening and closing doors that allow both exposure and privacy.

Like the graphic identity, the color black was the starting point to all spaces, creating a solution that inputs intimacy to the whole office. On the other hand, the mirrored surfaces create moments of perspective distortion, emphasizing certain features of their own experience and configuration of the space. The overall solution for the office is based on the interpretation of the structural lines of the space itself, adding a strong geometry through the color and materials used, allowing different interpretations and perceptions of the same space. 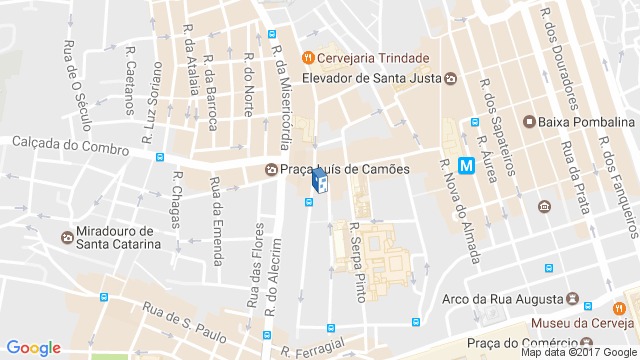 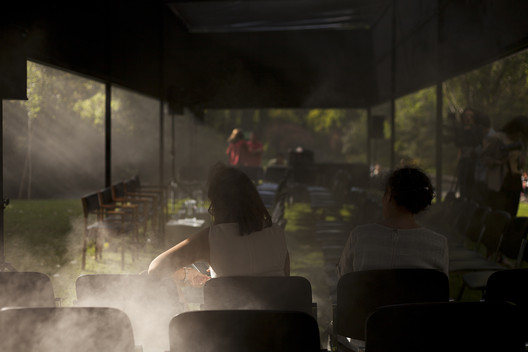